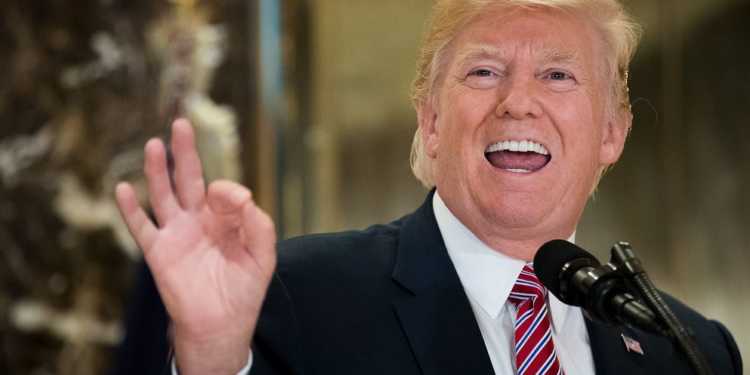 The recently concluded golden globe awards didn’t have the similar buzz they have had since years; the buzz and the thunder has been stolen by a different type of awards. They are the inaugural Donald Trump’s Fake News awards.

Yes! you heard this right, and this is no fake news for sure. Donald Trump has planned to award the worst of the mediafolks with Fake News Awards. Hilarious right?

The Fake News Awards will be awarded to the most corrupt and biased folks of the Mainstream Media. These will be presented to the ‘losers’ on Wednesday, January 17th. The interest and importance of these bizarre awards is far greater than anyone could have anticipated! Trump Tweeted.

The Fake News Awards, those going to the most corrupt & biased of the Mainstream Media, will be presented to the losers on Wednesday, January 17th, rather than this coming Monday. The interest in, and importance of, these awards is far greater than anyone could have anticipated!

Originally scheduled to be given out by the President Donald Trump himself on 8th January 2018 the Fake News awards has been postponed to January 17th, 2018. Trump says the reasons the awards have been postponed are due to unprecedented interest, which is absolutely true.

Like it happens in regular Award shows, turns out that Trump has planned different categories as well. There will be awards for Dishonesty, Bad Reporting etc. Trump’s supporters are eager to know which news channels will receive awards in these ‘coveted categories’. The Liberal media has been following the news like chicken from inside a rooster-coop at a slaughterhouse. They know President Trump will pounce upon them with vengeance. Trump has taken on the media single-handedly and is at the verge of winning the war against them.

Trump Fans are the silent majority of America who aren’t seen fooling around on social media but it’s a fact that they take his advices very seriously so when a certain media house gets the tag of the most dishonest media house on the award night, that media house becomes the most dishonest channel for the majority of Americans. And this will not just be a huge blow to the reputation of the media houses but even to their revenues. Therefore, the buzz around these awards have been unprecedented.

Donald Trump has been hounded by American Media ever since he announced his candidature for US Presidentship. Despite fulfilling multiple promises, Trump wasn’t given enough credit, thanks to the biased American liberal media which only focuses on the negatives of Donald Trump.

In his own words “I’ve had to put up with the Fake News from the first day I announced that I would be running for President.”

I’ve had to put up with the Fake News from the first day I announced that I would be running for President. Now I have to put up with a Fake Book, written by a totally discredited author. Ronald Reagan had the same problem and handled it well. So will I!

The idea for the awards came after journalist Michael Wolff’s book Fire and Fury, the book details Trump’s first year in office. The book claims to unearth a lot of explosive details about Trump, his family and his style of functioning. The book details a meeting between Donald Trump Jr. and a group of Russians. It also highlights the fact that Trump did not expect to win the elections and he was surprised by the result. The book also says that the White house staff is forced to treat Donald Trump as a child. The book questions his suitability to lead as the President.

Donald Trump has rubbished the book’s claims and said that the author only wants to sell copies by criticizing him.

In the end it doesn’t matter if people criticize these awards or not. But the interest and the importance of, these awards is far greater than anyone could have anticipated. The buzz surrounding these awards is pretty big.