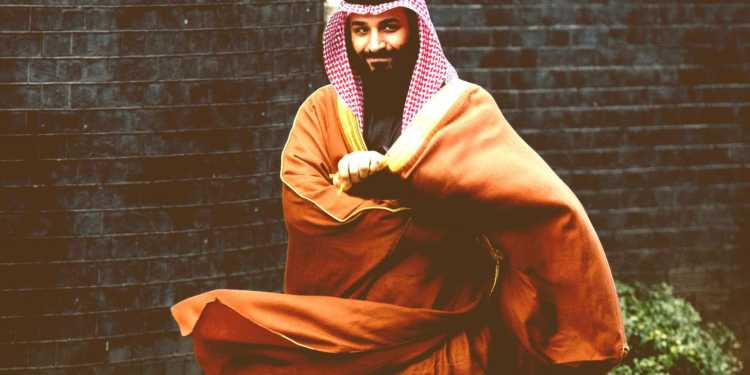 Once the cradle of hard-line Islamic ideology, Saudi Arabia is shocking the world with its embracement of new age reforms and modernism, thanks to the growing cooperation US president Donald Trump and Saudi Crown prince Mohammed bin Salman.

Besides the jailing of the radicals or those who didn’t fit into his scheme of things and the path breaking reforms he has unleashed since last year, Crown Prince Mohammed bin Salman also stunned Islamic zealots all across the world by declaring that Israel had a right to exist, which indicated his willingness to recognize the Jewish state and explore possible bilateral diplomatic ties. Saudi Arabia has never formally recognised Israel’s right to exist, long maintaining that Israel must withdraw from Arab lands captured in 1967.

Speaking to The Atlantic magazine during a two-week tour of the US, Mohammed bin Salman said he believed the Palestinians and the Israelis have the right to have their own land. “We have to have a peace agreement to assure stability for everyone and to have normal relations.”

The latest rapprochement follows the trend of the two countries growing closer under the crown prince, primarily over their shared animosity towards Iran and interlocutor efforts being made by the US administration.

Saudi Arabia had last month allowed Air India to fly to and from Tel Aviv via its airspace, an unprecedented decision in many ways.

According to Lebanese newspaper Al-Akhbar, Riyadh was weighing up the prospects of normalising ties with Israel ahead of a planned Middle East peace programme spearheaded by the Trump administration. It’s reported that the peace plan drafted by the White House will attempt to secure a final status agreement between Israel and the Palestinian Authority. The plan, being devised and executed by Trump’s advisor and son-in-law Jared Kushner, will also lead to the recognition of Israel as a Jewish state by the larger Arab world.

Mohammed bin Salman, during his recent visit to the US in March, had said, “We are the oldest ally of America from the Middle East, with more than 80 years of alliance and common political and economical interests.” Last year, Trump and Mohammed bin Salman agreed on a plan for $200bn worth Saudi investments in the US, and large purchases of US military equipment which ended up reaching $400 bn.

This new chapter of relations between Saudi Arab and USA started when Trump visited the kingdom’s capital, Riyadh, in May 2017 at the beginning of his first overseas tour as US president. He had hosted Mohammed bin Salman in Washington DC two months earlier. Trump’s four immediate predecessors made their first foreign trips to either Canada or Mexico. The Middle East is usually not the first choice in such cases but the kingdom responded in kind and gave unprecedented support to Trump.

Mohammad bin Salman was appointed Crown Prince on 21st June 2017, following his father’s decision to depose Muhammed bin Nayef, making him heir apparent to the throne. President Trump hailed the move and welcomed the ascendancy of “our man” in the KSA. The American influence is clearly visible in the new crown prince’s approach towards bringing reform and change in the kingdom’s political, social and cultural landscape, dogged by Wahabi ideology for decades.

As of February 2018, Saudi women can n open their own business without permission of a male guardian. According to the Saudi Information Ministry, mothers in Saudi Arabia can now retain immediate custody of their children after divorce without having to file any lawsuits. In December last, Saudi Arabia’s first public concert by a female singer was held, and in January 2018 a sports stadium in Jeddah became the first in the Kingdom to admit women. In the same month, it was announced that Saudi Arabia would reopen public cinemas after a ban of 35 years, with plans to have more than 2,000 screens running by 2030. And in the most awaited move, the country lifted its long time ban on women driving in September, thereby eliciting an enthusiastic response and welcome from all over the world.

With the launch of Vision 2030 and the National Transformation Program (NTP) 2020, Saudi Arabia has entered a new phase of progress with plans to implement a wide-range of reforms designed to open the kingdom to foreign investors, reduce its reliance on oil exports and bring it in line with the world’s most powerful emerging economies. As part of this program, some governmental bodies and ministries underwent a restructuring process and women are being given greater responsibility in the society.

“We are returning to what we were before — a country of moderate Islam that is open to all religions, traditions and people around the globe,” the crown prince said at a conference. “Seventy percent of the Saudi population is under 30, and honestly we will not spend the next 30 years of our lives dealing with destructive ideas,” he added.

The crown prince has vowed to “pursue terrorists until they are wiped from the face of the earth”. In conjunction with the Trump administration’s anti-terrorism efforts, Mohammed bin Salman is actively championing the Islamic counter-terrorism coalition, an intergovernmental alliance of more than 40 Islamic countries, united around military intervention against terrorist organisations.

The US president has been openly supportive of the Saudi crown prince in recent months, notably praising him after the dismissals and arrests of a number of senior ministers, businessmen and princes as part of an alleged anti-graft campaign.

Trump sees in Mohammed bin Salman somebody who has the right influence. After having wiped out the Islamic state, Trump is using his country’s influence to usher in a new era for the Middle-East, wherein Isreal is recognized and radical Islam is curtailed. The de-radicalization of Saudi Arabia is expected to play an important role in curbing radical Islam and terror, not just in the region but around the world.