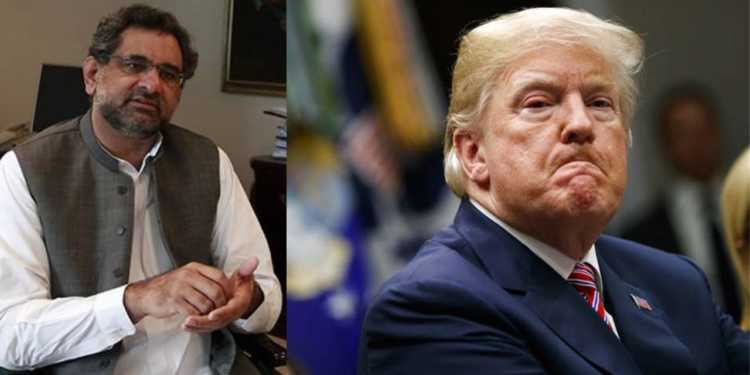 Pakistan has indulged in a double game for too long, helping terrorist organizations on one hand while claiming to be a victim to get aids and grants from the Western nations. India realized the intent of the government of Pakistan a long time back, having bore the brunt of Pakistan’s lenient and supportive policies related to terror. Pakistan has helped and actively participated in the terror strikes by fundamentalist elements all over India. The radical islamist groups operating in Pakistan has been known to the America and western world for decades but they chose to ignore to keep the predominantly Islamic population of Pakistan and the 2nd largest country in South Asia on their side. This move of America and other American allies had led Pakistan to believe that it was immune from the rules and sanctions laid down for the rest of the world. However, the wrongdoings of the past have come back to haunt Pakistan finally.

The recent incidents involving the frisking of the Pakistan’s Prime Minister Shahid Khaqan Abbasi, in America, have come as a surprise for many. The incident involved PM Abbasi being made to stand in the common line of travelers at the John F. Kennedy (JFK) airport in New York in late March. The explanation given by the American officials was that PM Abbasi was on a personal trip to America. Due to which formalities reserved for official visit did not take place. While that may be the case but it still doesn’t change the fact that the Pakistani PM faced abject humiliation. He is, after all, Prime Minister of a nation which received American help and until recently had been in the list of America’s trusted aides.

This change in policy was brought about by the Trump led American government, which took the decision of halting the aids being given to Pakistan for fighting terror. The soft handed approach of the Obama era is over; Donald Trump is the new President and he is ready to make Pakistan pay for failing to play its part in the war against terror. Under the auspice of FATF, after having put Pakistan on the list of countries which needed to be watched for terror funding, the Trump administration has now issued a fresh directive to the Pakistani diplomats residing in Washington, D.C.

Aveek Sen tweeted about the new directives to Pakistani diplomats which will come into play from May 1 2018 regarding the movement of Pakistani diplomats in Washington. Pakistani diplomats will not be allowed to go beyond 25 miles radius without taking prior permissions. This type of behaviour is generally reserved for countries which America thinks of as its enemies, and is usually taken to control the activities of the diplomats who might engage in activities detrimental to American interests.

"From May 1, all diplomats of Pakistan appointed in Washington will not be allowed to go beyond 25 km without permission." Pakistani journalist @javeednusrat broke the story on @BolBolPakistan_

Nusrat Javed, senior journalist from Pakistan broke this story on the live show Bol Bol Pakistan. He also dwelt upon the need for Pakistan to self-assess the policies related to terrorist organisations. His timely acceptance and concern over the issue is genuine. The world has finally begun to see the dark side of Pakistan. What should the country’s administration do to improve the image of the nation?

The sorry state of affairs for Pakistan will not stop till Pakistan decides to mend its ways. Similar actions could be taken by other nations as well if Pakistan fails to crackdown on terror groups operating in the Country and refuses to recognise the rampant radicalism in the country.

Indians, as the neighbours of the country of Pakistan, should hope that Pakistan would change its ways in the days ahead. It will face many more difficulties in the coming days if the terror links are not cut off. Pakistan’s priority should be to stop supporting the terror activities in Kashmir valley. The extremist schools preaching violence should be closed, their leaders arrested and tried. These immediate measures would be helpful in saving the nation which otherwise might struggle to retain its identity as a democratic nation in the times to come.

Mark Zuckerberg fails to impress during Congressional hearing on privacy