Mark Zuckerberg fails to impress during Congressional hearing on privacy 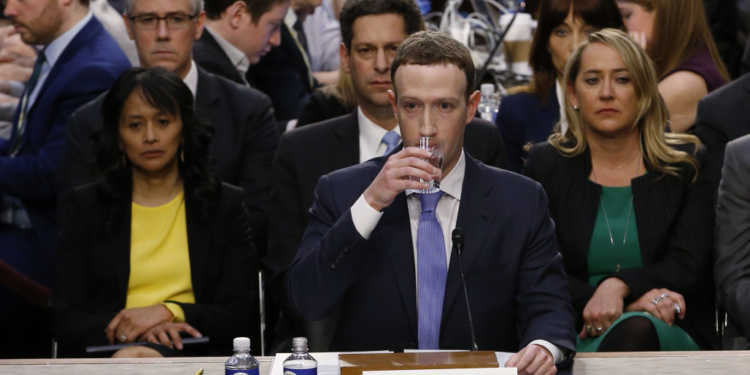 Internet privacy has been one of those issues that constantly divide the populous. Internet privacy and data protection are not words Indians often use. But during these last few days and especially after the infamous Cambridge Analytica episode and Facebook data breach, people have started noticing. Seldom have we witnessed technological giants such as Google and Facebook getting their feet held against the fire but surprisingly Mark Zuckerberg decided to testify in a joint hearing before Senate Judiciary and Commerce committee over the Cambridge Analytica scandal. To begin with, it is a brilliant move by the company’s public relations team to boost their credibility but as the session progressed it became clear that Mark has not been thoroughly briefed.

The opening statement had underlying tones of arbitration and self adulation as Mark went on how he and the company should have had a broad view of their responsibilities which, he went on to state – curbing hate speech, taking actions against foreign government intervention in elections and fake news. All in all it was a sincere and apologetic statement but as the chairman of the committee stated that these “mistakes” are of repetitive nature and why should the users trust the company this time when their trust and their data has been breached several times before, also Mark fails to state the nature of “foreign” governments and how come a private corporation is willing to arbitrate between not only states but also different news organizations.

Senator Ben Sasse asked a very relevant and revealing question when he asked Mark to define hate speech, as we all know hate speech is relative by nature and definition. What may be offensive to me may very well be relevant and important to the next guy. This exact sort of arbitration is what netizens fear, a virtual Orwellian society where one’s freedom of speech is limited by a person’s tolerance and not the merit of the argument. Mark Zuckerberg being Mark Zuckerberg, failed to answer or even come up with a single meaningful sentence.

Throughout his testimony the globalist opinion hegemonic utopia that Facebook wishes to achieve became apparent. Time and time again Mark Zuckerberg emphasized on how it is their RESPONSIBILITY to go beyond the realms of service providers and actually seek out any issue that violates the ethos of the company. Now what ethos and how relevant and inclusive those ethos are, is to be judged by the reader. “Safety” and “precaution” are the words that guide Mark’s view of a just social media sphere.  Safety includes psychological safety, in plain words – I can feel threatened by a word and it does not matter how ludicrous, just because I feel that has to go.

In a statement that has many troubled aspects, Mark stated –

“ 2018 is an incredibly important year for elections. Not just with the U.S mid terms but around the world. There are important elections in India, in Mexico, in Brazil, in Pakistan in Hungary and we wanna make sure that we do everything we can to protect the integrity of those elections (sic).”

To begin with, how is it the responsibility of a U.S company which has been known to mine data and sell it to corporations, to maintain and safeguard elections in other countries? They should not even have a role to begin with let alone be pretentious ‘guard’ of democracy.

This proactive arbitration from his part is a sign that Facebook wishes to control the social media sphere and by doing so, also wants to create a powerful tool of political management, the very thing that Mark Zuckerberg is supposedly spending hours fighting again. This session is off to a good start, we just have to wait and see how tomorrow pans out.