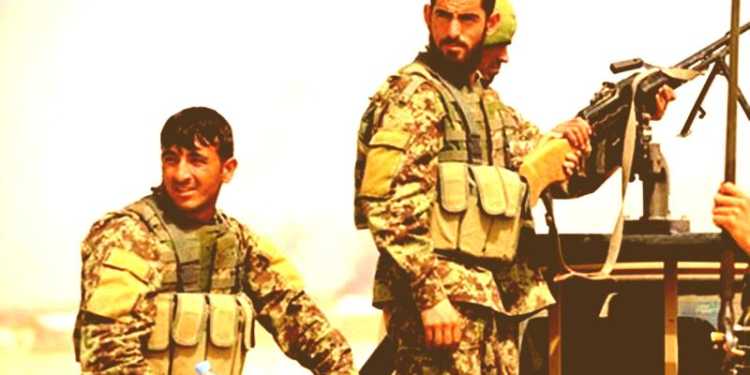 Pakistan suffered 5 casualties after cross border clashes broke out yesterday between Afghanistan security forces and Pakistani troops who were stationed there with the task of fencing up a stretch of the rugged 2,500 km mountainous border. Afghan officials have claimed that Pakistani troops entered Afghan territory, prompting them to engage. Local tribesmen were also reportedly involved in the clashes.

Hukum Khan Habibi, the governor of Afghanistan’s eastern province of Khost, said that one captured soldier was also handed over to Pakistan’s military on April 16. The exchange of bodies was mediated by a local tribal leader.

Pakistan has been actively interfering in Afghan affairs since the Soviet invasion in the 80s, having supplied the United States with bases and passage, while at the same time supporting terrorist outfits across the border in an attempt to create instability and influence governance. The rise and mainstreaming of Islamic fundamentalism in Afghanistan and the world over can be traced back to Pakistani and American of support of Jihadi outfits to help repel the Soviet invasion, leading to the rise of the Taliban in the 90s.

The latest clashes with Afghanistan come after Pakistan has recently seen souring relations with another neighbor, Iran, having shot down an alleged Irani drone over their airspace in June last year. Incidents of cross border firing between Pakistan and India have also been frequent since the start of the new year, and the latest skirmishes saw 2 casualties on the Indian side as recent as last week.

The Islamic republic finds itself on the crossroads of history, having increased cooperation with China to unprecedented levels, thereby naturally distancing itself from the United States. However, sleeping with both the sides isn’t a viable long term solution, and despite the emergence of the CPEC, Pakistan will have to decide, sooner or later, where its allegiance lies.

Presently, it receives millions of dollars as defence aid from the United States, which is considering further slashes in funding to Pakistan after placing it on the terror watch list. The Trump administration had also blasted the Pakistani state of providing safe havens for the Taliban, as well as nursing home grown terrorism. The pressure from the United States was so immense that the current government is working on a bill to permanently ban Hafiz Saeed-led Jamaat-ud Dawa. That development can surely be attributed to Prime Minister Narendra Modi’s international efforts to isolate Pakistan and expose its terror sponsoring activities.

Many analysts believe that Pakistan is well on the path of becoming a Chinese puppet state, with the CPEC serving as a neo-imperialist tool rather than an area of economic cooperation. We had heard about Mandarin becoming an official language in Pakistan, which, however exaggerated, is not necessarily untrue. Mandarin is being introduced in colleges and schools across the nation in a bid to make Pakistani civilians fluent in the language and making it easier for them to find work in the upcoming CPEC project. Pakistani civilians who travel across the border into Western Pakistan for work are regularly harassed by Chinese security posts, and most recently, Pakistan declared that Chinese prisoners are working on the CPEC, prompting a security alarm from Islamabad.

The spike in border clashes with all but one of its neighbours is a sure shot sign of internal and external instability in Pakistan, marked by increasingly deteriorating diplomatic relations with other nations. Afghanistan and Iran, both of whom are closer to India than they are to Pakistan, may find common ground with New Delhi on the security front in the coming future.