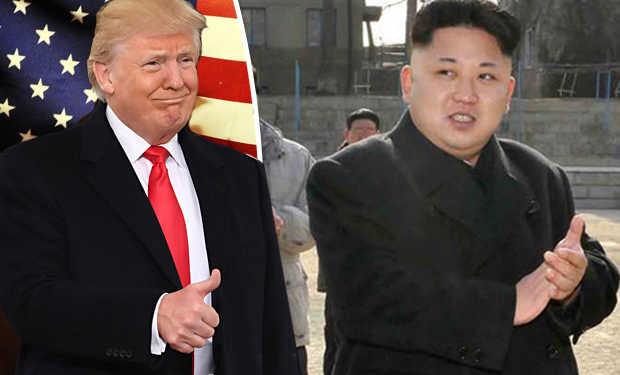 Finally, the unconventional diplomatic strategy of President Trump with regard to North Korea, has paid off.  The radically different strategy used by President Trump in his dealings with the North Korean dictator have yielded positive results. His campaign of economic sanctions, “fire and fury” threats and inflammatory “Little Rocket Man” taunts, and tweets seem to have worked.

In a bold move, North Korean Supreme leader, Kim Jong-Un, announced that the North Korea would suspend nuclear and long-range missile tests and dismantle its only known nuclear test site. North Korea said that it will close its nuclear test site this month — and invite US experts to verify the move. Each and every time when North Korea conducted missile tests, Trump had tightened the sanctions on the country. Now this strategy of threats and “maximum pressure” forced North Korea to come to the negotiation table and dismantle their nuclear programs on American terms. Because of the economic sanctions, North Korea is facing deep economic and military vulnerability and is willing to trade its nuclear weapons.

In his first ever interview as Secretary of State, former CIA director Mike Pompeo characterized the current developments as a “real opportunity for something that would be transformative for the world if we could achieve it”. He further added: “We know the history, we know the risks. We’re going to negotiate in a different way than before; we’re going to require steps that demonstrate denuclearization is going to be achieved. We’re not going to take promises or words; we are going to look for actions and deeds.”

In a historic meeting, the leaders of North and South Korea agreed on Friday to work to dismantle all the nuclear weapons from the Korean Peninsula within the year and initiate talks with the USA to declare an official announcement to end the Korean War, which devastated the Korean peninsula from 1950 to 1953.

The historic meeting comes ahead of a planned summit between the North Korean leader and President Trump. The leaders talked about denuclearization of the Korea Peninsula and are drafting up a declaration and future roadmap concerning the issue. Friday’s meeting is only the third time that the leaders of the bifurcated Koreas have met in the 65 years. The first inter-Korean summit took place between former North Korean leader Kim Jong-ll and the liberal former president of South Korea, Kim Dae-jung in 2000. The Koreas held their second summit in October 2007 between Kim Jong-Il and Roh Moo-hyun, Kim Dae-jung’s liberal successor and the political mentor of current South Korean President Moon.

Amidst all this, the North Koran leader will for the first time get out of his comfort zone to meet President Trump. The meeting is likely to take place in Singapore next month. Earlier, the U.S. president, Donald Trump, had showed an interest in holding the talks at the South Korean border village Panmunjom where the meeting of Korean leaders took place, after seeing media coverage of the pageantry surrounding that event.

But it now seems that the Singapore will be hosting the historic meeting, somewhere in between mid-june. South Korean press media is also circulating the same news, citing the diplomatic sources of US and South Korea. The meeting is of huge significance.  The meeting will leave a huge impact on future course of international relations. The meeting will signify both Trump’s success as well as the Hermit Kingdom’s arrival to the global community.