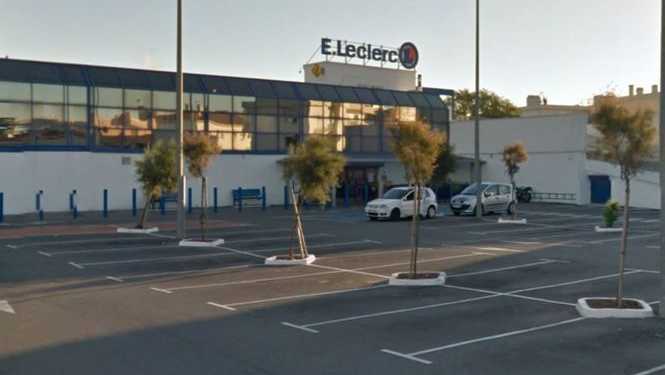 A dreadful incident took place at a supermarket in southern France on Sunday the 17th of June. A woman wielding a box cutter knife stabbed a man in the chest at the La Seyne-sur-Mer market while shouting “Allahu akbar”. The man thankfully survived the attack which took place in late morning at a supermarket which is located outside the Mediterranean port of Toulon. The woman also attacked an employee of the supermarket who was working at the checkout counter. Both the victims were taken to a hospital and are reportedly safe as the wounds were not life threatening according to the doctors.

The incident is symbolic of the Islamic terror which is rapidly increasing in the western countries. This is neither the first such instance to take place nor will it be the last one considering how the French media have resorted to paint it in secular colours. Some leading dailies from France and world media abstained from revealing the religion of the perpetrator of the crime and changed “Allahu Akbar” to “God is great”. This appeasement will lead France nowhere. The politicians and newspapers are misleading the general public of the country and motivating the IS factions which have got a solid grip on a significant portion of the Islamic population in the country.

BREAKING: French media: Woman crying "God is great" has injured 2 with box cutter at a supermarket in southern France.

France has stayed on high alert following the Paris attacks, which took place simultaneously in a concert hall, a major stadium and restaurants in 2015 leaving 130 people dead and hundreds injured. The acts were organized by Islamic State (IS) militant groups with the target to kill as many people as possible. The unhindered influx of refugees in France had given them the perfect opportunity to enter the country. Problems have escalated to a greater extent today in the country where there are increasing instances of radicalisation with each passing year. More than 240 people have lost their lives in Islamic jihadi attacks since 2015. These were carried out with proper planning by IS. 2015 also saw the much talked about killings by two Islamist gunmen in the Paris headquarters of the Charlie Hebdo magazine which left twelve staff dead. The gunmen had used the same slogan “Allahu Akbar” while killing the people. The killings had been condemned worldwide but the government of France, it seems, has refused to learn from the many attacks on its people.

What the French media and governments need to realize is that letting in immigrants uninhibited in the country is surely going to impact the country. Political correctness is one thing but can it be used every time a French national dies at hands of the terrorists? Why is it so difficult to call a spade a spade for them? Are they afraid of facing backlash from the IS factions or is it being done to justify the government’s decision to let in immigrants in without caring about the lives of their own citizens? Radicalization is a real problem in France and other European countries today. Italy has maintained a tough stance on immigrants and this is evident in the peace and calm in the country. Germany is another country which has suffered a lot owing to the over appeasement of the illegal immigrants but the people have grown tired of rapes and attacks on them and have started going against their Chancellor. The French government too needs to grow a spine and so does the media houses. After all, nobody is benefitted by hiding a radicalized person who has committed a heinous crime with religious motives.