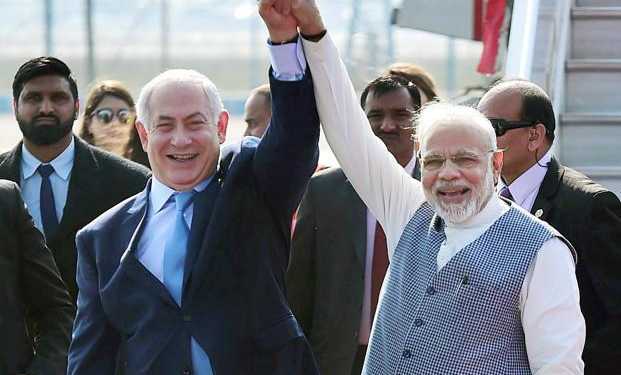 Palestine is one of the most disturbed places in the world, the war between Israel and Palestine has claimed countless lives in the past decades. There is also no foreseeable end to this ongoing crisis which results in immeasurable sufferings for both the Israeli and Palestinian. India has always supported Palestine in the past despite it clearly favouring Pakistan on international forums. India sends a lot of aid both monetary and in other forms to the war torn country but it has received nothing but ingratitude in return from the Muslim groups which hold power in Palestine. Congress had started the custom of standing up against Israel at international conferences to defend the interests of Palestine. Pakistani terrorist Hafiz Saeed has often taken out rallies in support of Palestine. The Congress’s policy of siding with Palestine had more to do with its goal of minority appeasement in the country than out of genuine concern with the Palestinian side. This tradition should have died down with the Congress government being ruled out of power from the centre in 2014, but sadly it didn’t happen even after PM Modi coming to power.

The aids given to Palestine increased at the cost of offending Israel which has supported and provided India with defence equipments. As recently as in December 2017, India sided with Palestine at the United Nations by voting against the resolution of United States recognising Jerusalem as the capital of Israel. Although India’s voting in favour of Israel would not have affected the resolution which was passed by 127-9, but it would have sent a message. In fact it was very much needed.

In June India has once again shown its large-heartedness at the wrong place by increasing its contribution to the United Nations Relief and Works Agency for Palestine Refugees by 500%. India had already been providing an aid of $1 million for the UNRWA missions in Palestine, this was increased by 500% by the Modi government. Earlier in this year, US President Donald Trump had cut down the aids to UNRWA from the expected $365 million to $65 million, a huge cut indeed from the US administration. PM Modi and BJP seems to be confused on what lines to take on the Palestine issue, with no direct or indirect benefits for India from granting this aid.

Countries like Turkey, Japan, Canada and Norway are other countries which have pledged an additional sum of money this year to the UNRWA. The only difference between India and these countries is that India is in a developing phase and needs Israel for technical and defence in order to develop at a rapid pace. Israel has always backed India and it is high time that India starts reciprocating the warm gestures shown by the Israelis. For all the problems Palestine faces and for all the help it receives from India and USA, it has always been bias towards the Islamic nations. India and PM Modi should realize this sooner as these decisions might push away one of our closest and most reliable ally away from us.