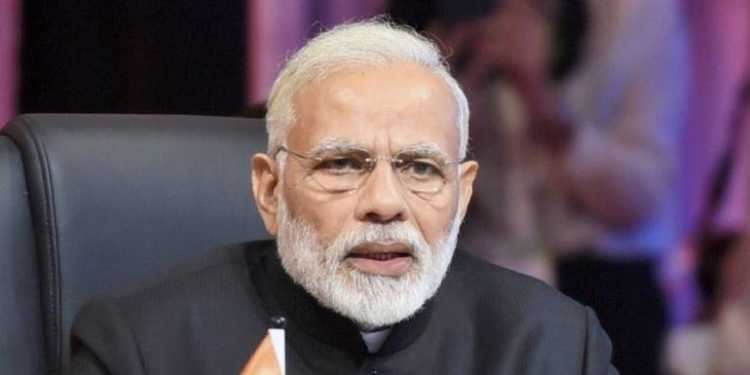 The already strained bilateral ties between India and the United States have hit a new low, as the much hyped 2+2 dialogue between the two nations has been postponed. Raveesh Kumar, the official spokesperson of the Ministry of External Affairs, tweeted yesterday that “US @SecPompeo spoke to EAM @SushmaSwaraj a short while ago to express his regret and deep disappointment at the US having to postpone the 2+2 Dialogue for unavoidable reasons”. This is the latest development to place doubts over the relationship between the two nations after India had recently created strains in ties due to its indifference to United States’ sanctions and policies while dealing with Iran. Most recently, India also decided to retaliate against Donald Trump’s tariffs on Indian products by placing 29 US made products on the tariffs list.

The 2+2 format entails a meeting between the foreign and defense heads of both the nations, and was touted to be a positive step towards warmer Indo-US ties. While the United States has not clarified the actual reasons behind the postponement, some people close to the White House have claimed that US Secretary Pompeo was set to travel around the same time as the 2+2 dialogue, while others believe the postponement is a response to the strong posturing the United States has recently witnessed from India.

It must be conceded that the general strain in ties is a result of India’s lack of reciprocity to the welcoming gestures from the United States and from President Donald Trump. The United States has time and again displayed a willingness to take Indo-US ties to the next level. Donald Trump has listened to India’s complaints regarding Pakistan, and has on numerous instances acted upon them, whether it be cutting the aid Pakistan receives from the United States, or the US President openly calling out Pakistan’s terror funding activities.

This strain in relations is not unique to Indo-US ties, but is part of a larger pattern of foreign policy that seems relatively unchanged throughout India’s history. Many were pleased with PM Modi’s initial moves vis a vis Indian foreign policy, and hailed his arrival as the demise of the age old Nehruvian Non Alignment Movement that often placed India in difficult situations. The same trend seems to be returning with the manner in which India is going about its foreign policy. The best example of this is the dilemma India faces with regard to Israel and Palestine. While Israel and India have gotten closer than they have been ever before, India has nonetheless not utilised the full potential of a partnership with Israel by continuing to provide aid to Palestine. This approach may work in the short term but leaves a nation relatively isolated, especially in multilateral forums. Concepts of reciprocity and groupism play a huge role at multi lateral forums like UN bodies when it comes to getting motions ratified by the house, something India has found difficult in the past, especially with regard to Pakistan.

Another example is the Shia-Sunni divide, which, however distant it may sound for India, is still the ground reality in the Middle East and key to dealing with the nations there. India enjoys warm ties with Iran, which they have put at risk by signing MoUs with several gulf countries as well as Saudi Arabia, Iran’s arch nemesis. What’s alarming is that many Indians support this approach, and feel that India is playing a clever balancing act between the two or three larger factions that dominate the geopolitical arena today. While this may be true for PM Modi’s initial years, it is high time that India choose sides. Choosing a side doesn’t mean bowing down to a larger and more powerful nation, which is where the problem probably lies. It is understandable that India feels the need to assert itself in terms of foreign policy as an emerging superpower, and not play second fiddle to nations that exercise more control in the the world today. But the United States has itself stated in the President’s National Security Strategy, which noted that ‘We welcome India’s emergence as a leading global power and stronger strategic and defence partner’.

The United States is not looking for a puppet in the region, but rather a reliable partner on whom they can bank on with regard to countering China, and to a certain extent, Pakistan. Of all nations, US President Donald Trump has been particularly friendly towards India in both his actions and his rhetoric, even more than some of the traditional allies of the United States like Germany and Canada.

Last but not the least, India must finally break the trend of purchasing outdated Soviet equipment. While it is true that Russia has been an all weather friend, and that the recent purchase of S-400 missile defence systems has been a surprisingly good deal, any further defence deals will both further hamper ties with the United States as well as add more outdated equipment to our already aging stockpiles. Israel has emerged as a potential defense partner, with better technology and more willingness to sell us modern weapons.

Since PM Modi is looking for investment from the capital rich Western Europe and North America, it is only logical to align the nation’s foreign policy closer to Israel, the United States and its NATO allies.