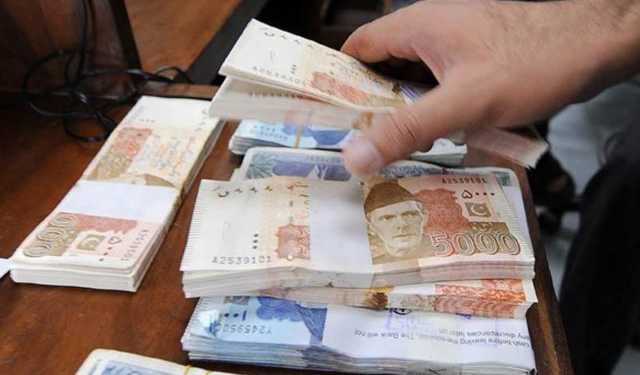 The size of Pakistan’s economy is relatively tiny compared to India’s. The GDP of the country is $297.5 billion while the Indian GDP is $2.84 trillion. Gross domestic product (GDP) is a monetary measure of the market value of all final goods and services produced over a period of time. In other words, the monetary value of goods and services produced in Pakistan is one-tenth of that produced in India. Even by measures of GDP by Purchasing Power Parity (PPP), Pakistan’s is almost one-tenth that of India’s. The GDP (PPP) of Pakistan is $1.14 trillion as compared to $10.385 trillion of India. PPP takes into account the relative cost of local goods, services and inflation rates of the country, rather than using international market exchange rates which may distort the real differences in per capita income. By every possible measure, the economy of Pakistan is much smaller when compared to India. But as per a report by the Swiss National Bank, Pakistani deposits in Swiss banks are far greater in amount than deposits by Indians.

In 2017, the total of Indian deposits in Swiss banks was Rs 7,000 crore, while the sum total of Pakistani deposits was Rs 7,700 crore. Pakistanis depositing such a large amount of money in Swiss Banks indicates the prevalence of corruption in Pakistani society. Pakistani elites store their money outside the country because they no longer trust the nation-state of Pakistan. Many experts across the world have called it a failed state and believe that it could disintegrate sooner or later. Perhaps this is the reason the rich people in the country are parking their cash outside the country. There is no certainty in the policies of Pakistan because the governance of the country keeps changing hands between the Army and pseudo-democratic regimes. Recently, foreign investors pulled out almost 857 billion Pakistani rupees (7 billion US Dollar) from the stock exchange of Pakistan because they could not see any stability in the country.

The government of Nawaz Sharif, which was pro-business, worked for the improvement of the economy of the country, and as a result investor’s confidence was high. His government came to power with a full majority, but Nawaz Sharif has to resign a few months back because the Supreme Court of Pakistan banned him from holding any public office after he was indicted in the Panama Papers case.

Indian deposits in Swiss banks have gone up by 50 percent from the previous year. The total deposits in 2016 were Rs 4,700 crore, while in 2017 it has gone up to Rs 7,000 crore. Although it must be noted that the total Indian deposits during the UPA era in 2006 were Rs 44,500 crore, while in 2017 it is down to Rs 7000 crores. However, Interim Finance Minister Piyush Goyal clarified the government’s position on the matter and said, “Agreement between India and Switzerland has this. From January 1, 2018, until the end of accounting year (ends March 31, 2019), all data will be made available. Why assume this is black money or illegal transactions?” The statement was in reference to a joint declaration for the implementation of an automatic exchange of information (AEOI) which was signed between Switzerland and India in November last year that provides that both countries would start collecting data in accordance with global standards in 2018, and thereafter exchange such information from 2019 onwards.

According to data released by the Swiss National Bank, the UK continued to account for the largest chunk at about CHF 403 billion (over 27 percent) of the total foreign money with Swiss banks. The UK saw an increase of over 12 percent in such funds. The US remains in second position despite a dip of about 6 percent in such funds to CHF 166 billion (11 percent share of all foreign funds). No other country accounted for a double-digit percentage share, while others in the top-ten included West Indies, France, Hong Kong, Bahamas, Germany, Guernsey, Luxembourg and Cayman Islands. With a rank of 77, India is the lowest contributor of deposits among BRICS (Brazil, Russia, India, China, and South Africa) countries wherein China is at 20th place, Russia at 23rd, Brazil 61st, and South Africa 67th. The funds officially held by Indians with banks in Switzerland now account for only 0.07 percent. The total money held in Swiss banks by foreign clients from across the world rose by about 3 percent to CHF 1.46 trillion (about Rs. 100 lakh crore) in 2017.

Nonetheless, the fact that Pakistan has more total deposits in Swiss Banks than India, despite having an economy almost a tenth the size of India’s, is an indication that corruption in the Islamic state is rampant and that the upper sections of society don’t trust the powers that be in Pakistan.