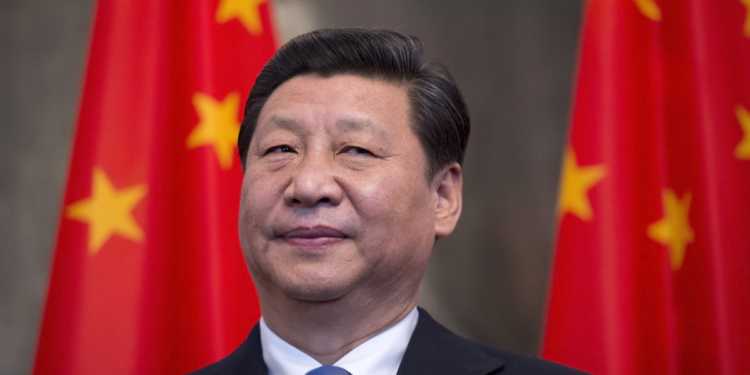 One Belt One Road (OBOR) initiative or OBOR, is one single country’s initiative to create trade routes that span 3 continents and touch 60% of the world population. What country is that? It’s China. Recently, the Sri Lankan port which was leased to China’s state owned company for 99 years was in the news again. The reason is The OBOR, the most ambitious infrastructure project in human history. This is how China aims at becoming the super power, by rerouting trade to one source—itself.

The estimated cost of the entire initiative is around 4-8 trillion US dollars. On land, it is being called the Economic Belt, which includes road and rail infrastructure that aims to connect China to almost every country in Eurasia. For example, the proposed railroad from London to China, passing through smaller countries like Serbia, or the crude oil pipelines from the Middle East. On sea, it is being called the Maritime Silk Road that covers almost all countries in the Indian Ocean to South China Sea, including Maldives, Indonesia, Singapore, Laos, UAE and Sri Lanka.

But that’s not it. The OBOR also includes fibre optics networks, mines, communication infrastructure, refineries and power plants, with one aim in mind—making trades with China as the only or the easiest trade option for most countries. How this strategy will go on to define world politics over the course of next few decades is alarming not just for India, but the entire world.

How is China able to do it? How was it able to negotiate so many deals in less than a decade? The answer is easy loans. In simpler words, China offers smaller, dwindling economies of the world quicker, easier debt with far fewer terms than the West, which the leaders of those economies were willing to take. Most of these investments could be termed high risk, and a large number of them cannot be recovered. Then, why does China keep on lending and investing?

China lends so that it can pressurize the country to cough up a naval base, or untaxed free trade route, or anything similar to sweeten the already lucrative deal which would not only strengthen China’s economy beyond all, but also act as a strategic asset in case of a conflict.

The majority of the countries in which China has invested are not democratic in nature. These are either authoritarian, like Belarus, Azerbaijan or the Saudi Arabia or Military Regimes like Thailand. The remaining are counties with major ongoing conflicts, like Iraq, Turkmenistan, Yemen, Afghanistan, Kyrgyzstan etc. These are all unreliable countries. Corruption and conflict make payback highly unlikely. Recent reports on OBOR suggest that eight to ten countries are high risk, including Pakistan, Mongolia, Laos, Sri Lanka (couldn’t pay), Egypt, Kenya, Yemen, Ethiopia, Ukraine and Belarus.

What happens when these countries are not able to pay back their debt? Well, let’s look at Sri Lanka as a case study. Sri Lankan President Mahinda Rajapaksa wanted to build a port where the feasibility studies had already showed it wouldn’t work well. But Rajapaksa was adamant and turned to India for loans, which she refused missing a vital opportunity, China was all too willing to grab. This was during UPA 2. The Hambantota port was built using Chinese investment. It failed, even though being a deep sea port right in the middle of one of the busiest trade routes. The reason? It appears that China wanted it to fail and rerouted as many ships as it was possible to make sure that Hambantota did not receive ships. In 2012, the port drew only 34 ships. It was clear that Sri Lanka had taken a debt which it won’t be able to pay back, for a port that showed little use. The Sri Lankan government had to hand over the port and 15000 acres of land surrounding it to Chinese state owned company for 99 years. However, recently Sri Lanka showed its spine by making sure that China cannot use the port for military purposes, unless allowed by Sri Lanka. Thus, China expanded its territory in the Indian Ocean, by trapping Sri Lanka in debt.

Quite similarly, the OBOR’s flagship project is CPEC, or the China Pakistan Economic Corridor. Pakistan has a dwindling economy with little foreign investment. China comes into the picture in 2001 and offers to build a port in Gwadar. To connect the port to China, the economic corridor is being built stretching from the Himalayas in the north to the Arabian Sea in the south. It consists of modern highways, tunnels and railroads that offer faster and smoother transportation of goods. It also includes a highway route through Pakistan occupied Kashmir.

On the other hand, Gwadar becomes the port which joins the Maritime Silk Road to the Economic Built, the two halves of the OBOR Initiative. This provides not just an alternative route for China to ship oil from the Middle East but also new working grounds for its construction companies which don’t have that many opportunities in China itself. This entire investment in Pakistan amounts to a surplus of 62 billion US dollars. The Gwadar port has been leased to China for 40 years.

Although Pakistan sees growth in its GDP, it appears highly unlikely that Pakistan will ever be able to pay off the entirety of the project on its own. Thus, China might impose conditions or restrictions sooner or later. Recently, the Pakistani senate had passed a resolution to include Mandarin as a language to be taught for “better communication”. In any case, the corridor will be a huge win-win for China, and a smaller win for Pakistan.

Eventually, China will have a bigger hand to play in many of the counties it has lent to and we are already seeing the trickling future. First in Pakistan, then in Sri Lanka. Sri Lanka is in more debt from China than ever before. China just opened a strategic naval base in Djibouti, East Africa. It’s pushing a similar deal in Myanmar. 7 out of 10 biggest construction firms in the world are now Chinese. China has helped finance at least 35 ports around the world in the past decade alone, with several more ready on the papers. With ports in Maldives, Cambodia and Sudan, it appears that China is going to have the largest stake in the sea trade routes with its String of Pearls, which will also give an edge in military strategies.

With isolation trending in the US and India focusing primarily on improving the quality of life of its citizens, China has got a free pass with zero resistance from the major powers of the world. For Xi Jinping’s dream of the Silk Road, the Communist state has turned a blind eye to the kind of government the smaller country has, ranging from dictatorial regimes to war torn powerless governments, as long as it is able to add to its list of economic conquests. In this economic conquest through OBOR,  China seem to have weaponized the debt.