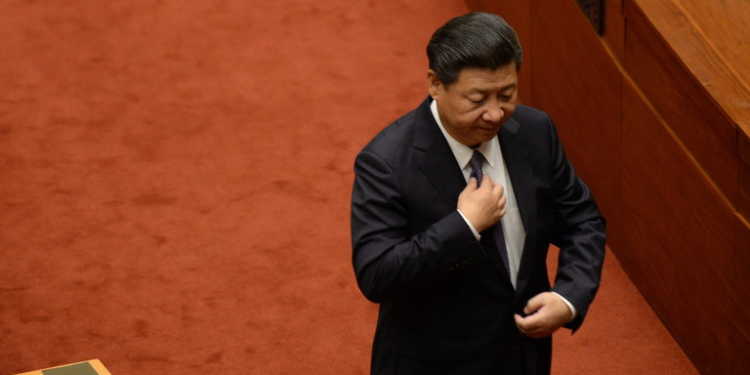 The good days for the Chinese economy remain far away, despite all the ground breaking efforts by the government. Private and public companies are zooming towards a year of record-high corporate bond default. A corporate bond is a bond issued by a corporation in order to raise finances for a variety of reasons, like supporting ongoing operations, merger & acquisitions (M&A), or to expand the business. The term is usually applied to long-term debt instruments with a maturity of at least one year. According to data compiled by Bloomberg, Chinese companies defaulted on about 16.5 billion Yuan ($2.5 billion) of public bond payments so far this year, compared with the high of 20.7 billion Yuan seen in all of 2016. At this pace the defaults by the end of the year would be almost twice that of last year’s. Borrowers have missed payments on at least 20 domestic bonds so far this year, according to the data compiled by Bloomberg. There was about 66.3 billion Yuan of defaulted notes outstanding at the end of May, or 0.39% of corporate bonds outstanding.

Reputed credit rating agencies are downgrading Chinese firms at an unprecedented rate. Li Shi, general manager of the rating and bond-research department at China Chengxin International Credit Rating Company said “Corporate profits have worsened this year and are unlikely to improve against the backdrop of an economic slowdown, Refinancing will continue to be tough as long as the crackdown on shadow banking continues.” Most of the money invested in domestic corporate bond market is from local investors, because the bulk of international investors prefer government-linked securities ever since China boosted access to its bonds in recent years. Earlier, the bonds issued by the Chinese government used to be significantly low as compared to that of the United States or Japan.  The companies are also facing problems in refinancing the maturing debts because the banking system in China is heavily state dominate. The state run Chinese banks are not willing to lend to private companies because they fear bad debt issues in the future due to a slowdown in economic growth.

The Chinese economy is facing many problems over the last few years. It no longer holds the tag of the fastest growing major economy in the world, at tag that Indian snatched away from it. The stock market is in doldrums due to a rise in protectionism across the globe. The Chinese economy is heavily dependent on exports, and with countries across the world imposing high tariffs on imports, the global trade war is bound to hurt China. Donald Trump has vowed to balance the trade relations between two countries, which he claims are significantly skewed in favor of China. International investors are no longer risking on China because they do not think that Chinese companies will be able to give them good returns in such a protectionist environment.

Global investors are pulling money out of China to invest in US government bonds and in the markets of other economies like India and Indonesia because they expect much better returns from there. The economy of India is driven by domestic consumption rather than exports, so it is bound to grow even in the midst of a global trade war. Domestic consumption accounts for almost two-thirds of Indian GDP, and a combination of structural reforms in the economy and a burgeoning middle class will only help it grow further.