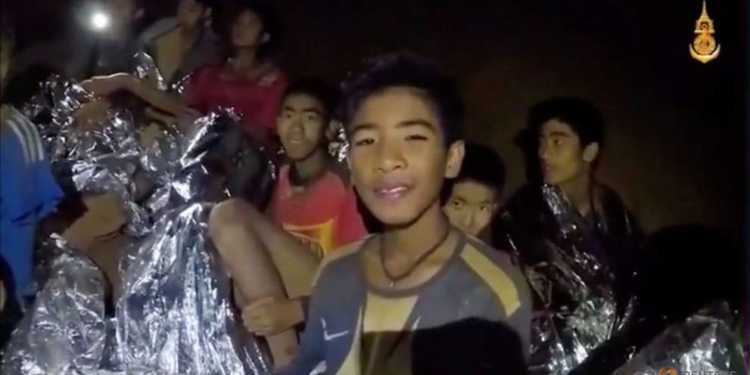 A ray of hope has emerged in the second phase of rescue underway in the cave of Thailand. The boys aged 11-16 along with their 25 year old coach have been trapped inside the cave for more than two weeks. The silver lining in this case has been absence of rains which is helping the rescue process and the rescuers in extracting the team from the caves in the Chiang Rai province of Thailand. Four boys have been rescued before further rescue work was suspended owing to weather and light conditions. The four boys were immediately taken to a hospital in the Chiang Rai for examination, they will be kept in quarantine and will be under observation until the authorities are satisfied of their well-being.

The team had been trapped in the cave after they went for spelunking. Sudden heavy downpours cut off their exit route and they have remained stranded in the cave for a long period of time. They had been stuck so deep in the cave that it took the rescuers more than 10 days to even locate the team. The rescue operation may take two to four days more depending on the weather conditions.

It is unusual for Thailand not to have heavy downpours in this time of the year as has been pointed out by Chiang Rai acting Governor Narongsak Ossottanakorn. The governor said that mild weather and falling water levels in recent days had created the “perfect” conditions for an underwater evacuation. He sounded hopeful that heavy rains will not resume in the days to come and the weather will stay clear until the last member of the team and the coach are safely evacuated.  Rains had resumed after the four boys were evacuated but the authorities had been able to pump out water equal to what had gotten in due to the downpour.

The rescue work consists of providing the trapped boys with oxygen cylinders and also lining the rescue route which is underwater with more cylinders. Two expert divers are going to accompany every team member on their way out from the cave. The only casualty so far has been of a voluntary rescue worker, a former Thai navy Seal had underestimated the risks associated with the rescue work. The voluntary former Seal worker had died while placing oxygen canisters along the route.

The prospects for the boys look good and it looks like they could make it. The second leg of the rescue work started late night yesterday with prayers. The team according to the authorities look hungry but are in good spirits and so are the four boys who have been rescued. We urge everyone to take a moment out of their busy schedule and pray for a moment in whatever way they want for the well being of the juveniles, coach and the rescue workers who are risking their lives to save these people, for that is humanity.