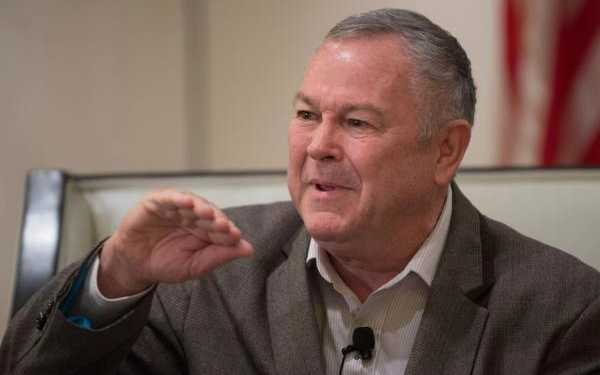 Dana Rohrabacher, a politician from the United States who represents California’s 48th congressional district in the House of Representatives has slammed Pakistan in strong words. Dana Rohrabacher is a senior politician who had earlier served as a speechwriter and Special Assistant to former President Ronald Reagan. His words therefore carry some weight and reveal what the general thought of the people of the US are concerning Pakistan. The Congressman said, “Have to make sure that we (US) will never send Pakistan another weapon that they can use against their own people, that’s the first start. The Govt in Islamabad especially ISI are not allies of free people but instead are oppressors.” His words express the increased distrust between the two countries and also hint towards a possible rift between the two one-time allies. Pakistan has been notorious for breeding terrorism and nurturing the forces which torment countries bordering Pakistan, most notably, India and Afghanistan. In the past few years there have been countless allegations of inhumane torture, custodial deaths and barbaric treatment meted out to the people of Baluchistan and other tribal areas perpetrated by the Pakistani forces.

Have to make sure that we (US) will never send Pakistan another weapon that they can use against their own people, that’s the first start. The Govt in Islamabad especially ISI are not allies of free people but instead are oppressors: Dana Rohrabacher,US Congressman #WashingtonDC pic.twitter.com/cZdZyFEbTU

Inter Services Intelligence (ISI) had since its inception bred and nurtured terrorists and radical Islamic elements in the country. The significant aid which US gives to Pakistan every year for strengthening its military and other economical causes had been diverted to the terrorist groups. A parallel government had been running in the country by the terrorist organisations with no interference from the military in recruitment and training facilities of the terror camp operations. Earlier, US Presidents and governments too had tried to dissuade Pakistan from helping terrorist organisations which flourished on its soil but to no avail. Trump administration had taken the issue of Pakistan seriously and had tried to cut aid to the country. The US President had also warned Pakistan time and again of the consequences it could face if the country did not change its ways. Several high-ranking US officials too have added that Pakistan is an unreliable country and America should rethink its strategy with Pakistan. The ban on Pakistani diplomats from moving freely in the US had been a major step and a rebuke for the Pakistani government.

There is an ongoing crisis in Pakistan at this very instant, Nawaz Sharif along with his daughter have been sent to the jail by the Pakistani court. Ex- President and military general Pervez Musharraf too is facing cases of malpractice in the country. These statements issued from the US will further harm the morale of the people of the country which is soon going to have elections. Cutting of US aid, both monetary and of arms, will harm Pakistan which already is in a weak state today. The country has no political or economic stability today and it stands to lose everything as it is being increasingly cut off from global forums. It seems the country finally is getting trapped in its own web which it had spun to destabilise India and other neighbouring countries. Its plan has backfired and the US politicians who denounce Pakistani government today are doing so because of Pakistan’s treacherous nature. If the country still doesn’t mend its ways the situation is likely to go further down south.