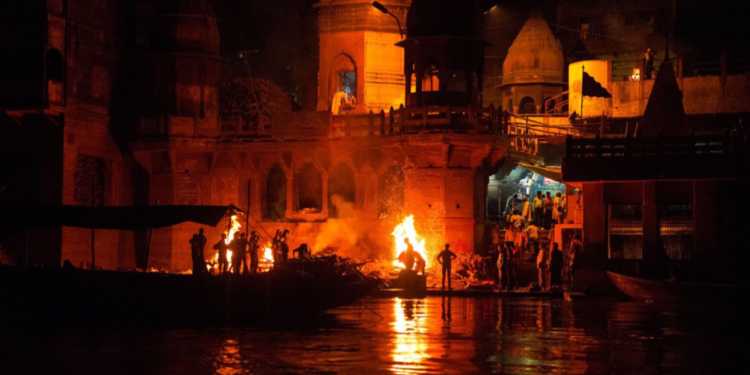 Seventy one percent of the Earth is roughly covered in water, the rest 29% of the Earth is land area which includes deserts, mountains, ice caps and inhabited places. Population of the Earth has increased exponentially in the past few hundred years to reach 7 plus billion. It is therefore becoming increasingly difficult to provide land and food for the people with each passing day, this problem has been realized by the country with the largest population, China. Jiangxi, a province in China with a population of 4.5 crore has banned burials in some of the cities. Authorities of Jiangxi have reportedly ordered a ban on the burials in Yingtan, Yichun, Shangrao and Ji’an cities. The authorities have also asked the citizens to adopt cremation methods in these areas. The Chinese government has been promoting cremation over the traditional burial owing to lack of space for the past few decades. The practice used today in China is cremation followed by burial of the ashes collected after the cremation process. However, this too is proving to be taxing on the land resources of the country.

The order specifying cremation in the four cities says, “The four cities should accelerate the construction of cremation installations and prohibit funerals that put remains into coffins in the earth.” According to a report by Ouzi, a data analysis firm, all available plots for burial in China will be filled up by 2022. An alarming situation would follow this indeed. Taking the report and other aspects into consideration, nine ministries including the Ministry of Civil Affairs and the National Development and Reform Commission had come up with a joint directive seeking smaller graves and eco-friendly alternatives such as burial at sea. The nine ministries commission wanted fifty percent of funerals to be eco-friendly in China by 2020.

China has been promoting sea burial and two of its premiers Zhou Enlai and Deng Xiaoping had opted for the same. The Chinese had launched its first dedicated sea burial ship which has been named Guobin 9. More than 40,000 people have already opted to have sea burials since 1990 in China, a promising trend which will surely receive a boost in the years to come.

Cremation is way better than burial when it comes to taking care of the dead body, there is neither much cost involved in cremating nor there is an unnecessary occupation of the land resource. The Hindus in India and around the world follow this age old ritual for disposal of the dead bodies and very soon it might be followed by the rest of the world too. In Hinduism, human body is considered to be made of five elements (earth, water, fire, space, air) and by disposing of the dead through cremation, the five elements are returned to their origins, further contributing in the making of other organisms and thus maintaining the cycle of life and death.

Although, the mystical aspects of cremation might not be appealing to the Communist government of China, the practical aspect of it is enough to promote cremation over other methods.