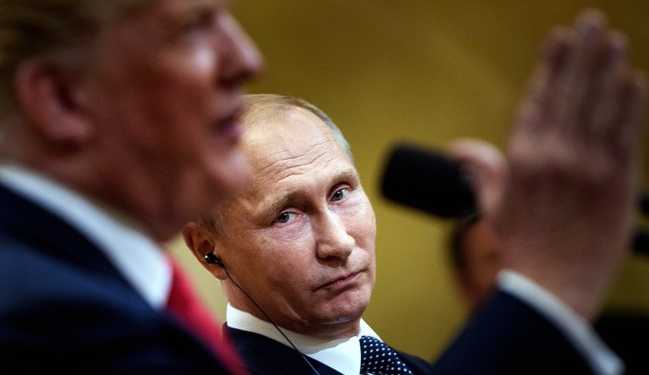 Amidst the arguably worst period of US Russia bilateral relations after the cold war, Donald Trump and Vladimir Putin met at Helsinki to discuss key issues bothering both of them. If the meeting had ended with the prepared statements at the press conference, the summit would have accomplished exactly what it needed: to put a comma, if not full stop, in the worsening Washington-Moscow relationship. It’s already been a year and a half since Trump took office, and the Presidents of Russia and the United States haven’t held a single full-fledged meeting. The two countries are at loggerheads over a variety of issues and they can’t afford a total absence of top-level negotiations for a year and a half. It began with a statement from the American president. No official mutual statement was issued after the Trump-Putin summit. The absence of any such statement shadows the status and extent of any practical agreements reached either between the POTUS and his Russian counterpart or in the meetings between officials of both countries. Till now, Vladimir Putin has officially met with four United States presidents, but the summit he had on Monday was the best of all.

In the press conference, President Trump committed few blunders or self goals as you may call it. He questioned his own investigative agencies. Dan Coats, the director of national intelligence, says one thing about Russian meddling in the 2016 election while it seems President Trump stands with Putin on the issue. In the meeting, Trump stood by Putin agreeing whatever he said about the Russian influence on 2016 elections. Trump forcefully denied any collusion with Russia and instead asked whatever became of the server on which the hacked Democratic National Committee (DNC) information resided. Trump was just one step away from saying that he does not trust United States intelligence agencies. After realizing his mistake, Trump flip-flopped on his statement the next day. This reversal gave chance to Trump’s critics who wasted no time in declaring him a “traitor”. For them the possibility of collusion between Trump and the Kremlin is no more a possibility, it’s as real as the Cuban missile crisis.

On the issue of Ukraine, Trump almost towed the Kremlin line that Ukraine was to blame for the ongoing war on its borders. It’s another embarrassment for Trump as his line is different from that of Kurt Volker who is special ambassador for Ukraine. Ambassador Kurt Volker has been battling against the Russian narrative for quite some time. Few days back, Volker said that the conflict in Ukraine’s east is the direct result of Russian invasion and illegal occupation of Crimea. Putin’s position is that the Crimeans themselves voted in a plebiscite to return to Russia and this vote should be accepted. There has been an instance in the world history, when the residents of Falkland Islands when given a choice to vote between Argentina and United Kingdom, the islanders voted to remain part of the United Kingdom. Not only this, Putin said he had urged President Trump to put pressure on Ukraine to do more to comply with the Minsk accords. He also laid down a condition that Ukraine must never join NATO. The funny part is that despite facing sanctions by many countries, it was Putin and not Trump who raised issue of Crimea. Putin said that Trump views Crimean annexation as illegal where as Moscow disagrees and sees it as a closed issue. So, Putin scored a point by saying it on behalf of Trump what he was not able to say for himself.

Syria had been a bone of contention between Russia and United States ever since USA sent boots on ground with the aim of assisting Syrian rebels to overthrow President Bashar al-Assad. Now, after several years of war it’s clear that USA lost it despite aiding proxies indirectly. The only thing US can do is some face saving only if Russia permits it. In the summit, both the leaders accepted that the civil war in Syria was coming to an end. But President Putin emphasized on the need to crush terrorists in south-west Syria while keeping the forces of Syria and Israel separated at the same time. Also, he made no reference to the future status of Iranian-backed troops inside Syria, but Trump lambasted Iran for destabilizing Syria. However, neither Putin nor Syria is prepared to expel Iran from Syria. United States wants security for Israel, as the latter does not want Iranian forces near its border. Israeli Prime Minister Benjamin Netanyahu has met Putin many times in recent past and expressed his concerns related to Iran.

Before visiting Helsinki, Trump met German Chancellor Angela Merkel at the NATO summit. It is well known that Trump wants NATO members to increase their contribution in defense cooperation. But other NATO members are reluctant to do so, even Germany. At the same time, Berlin has given political support to build a new $11-billion pipeline to bring Russian gas across the Baltic Sea called Nord Stream 2, despite uneasiness among other European Union nations. “We are protecting Germany, we are protecting France, we are protecting all of these countries. And then some of the countries go out and make a pipeline deal with Russia where they’re paying billions of dollars into the coffers of Russia.”Trump said in Belgium after meeting NATO Secretary-General Jens Stoltenberg.
After meeting Putin, Trump softened his stance and seemed to be more accommodating than his previous stand. Putin promised he would continue to transmit gas through Ukraine once the current contract expires and after Nordstream 2 is built, thereby assisting Ukraine with badly needed funds. But it is conditional as there is an ongoing dispute between Russia’s Gazprom and Ukraine’s Naftogaz (gas company) being settled in the Stockholm arbitration court. Earlier this year, the court ordered Gazprom to pay Naftogaz a net $2.56bn.It said that the Russian gas giant broke the contract and did not fully utilize Ukraine’s gas pipeline to Europe. After the verdict, Gazprom has appealed against the decision and blocked an attempt to seize its European assets.

Public opinion polls in some NATO member countries show that Europeans do not want their own countries to fight in the event of a conflict with Russia. Most Europeans believe that only the Americans should be responsible for an armed confrontation in case there is some conflict with Russia. On the other hand, around 49 percent of Americans believed that the United States should not fight for NATO allies if they do not increase their defense spending. All this points out that there is a lack of serious concern on the part of NATO and the posture they hold towards Russia. Even though, most of the Europeans have lost confidence in NATO, it’s still expanding. Former Yugoslav Republic of Macedonia may be the latest addition to the list. The more links are getting added in the chain the more its getting heavier and unable to sustain its weight nearing to the point of breaking.
It is in Vladimir Putin’s interest in seeing NATO weakened or destroyed, and this alone is enough to reinforce the old Western leadership’s commitment to the almost seven-decade-old anti-Soviet alliance. The original Cold War had limited aims within the context of an ideological struggle. It was an alliance aimed at challenging Soviet influence and expansion in Europe. After NATO’s founding in 1949, only four additional countries joined the alliance before the end of the Cold War some forty years later. But in the mere two decades between 1999 and now, a further thirteen countries have joined, with Macedonia’s membership pending.

The Soviet Union, which provided NATO its fodder for existence disintegrated and the ‘Iron Curtain’ fell in early nineties. Today, Putin’s Russia is still trying to influence Eastern European countries that were once part of former Soviet Union. Whatever may be Kremlin’s influence, it is insignificant compared to the madness of twentieth-century Communism, which infected not just countries with economic disparities but also made its presence felt in Western nations. Russia is still being demonized by the West on one platform or another and its power is somewhat exaggerated. The fact is that it’s not the Russia but internal fissures among the liberal West that makes it vulnerable and the threat will exacerbate until those fissures are sealed.
There is not an iota of doubt that President Trump’s boorish, asinine and crass attitude is less suitable for international relations. It is least suited of all for appearances alongside as shrewd leader like Vladimir Putin. But it was the need of time for both the leaders to discuss key issues face to face and resolve them. After the meeting, Putin has certainly given an impression that he is delivering on his promises. He is creating an image of restoring Russia to its old superpower grandeur which is an analgesic to relieve pain caused by the humiliation of December 1991.