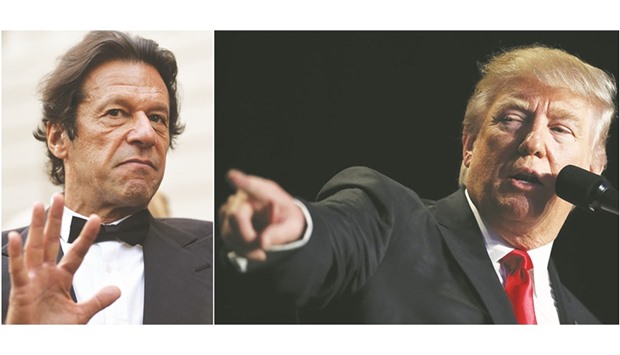 In another telling blow to Pakistan, the US government has started cutting military training programs to Pakistani officers. As per a Reuters report, U.S. officials have said that the administration has quietly started cutting a number of Pakistani officers from coveted training and educational programs that have been a hallmark of bilateral military relations for more than a decade. The move which was not previously reported is going to have a severe impact on Pakistani military. This has come on the heels of the Trump administration’s decision to suspend security aid to Pakistan in order to compel it into cracking down on Islamic militants.

U.S. officials who spoke to Reuters on the condition of anonymity have expressed concern that this decision will potentially risk a key-trust building measure between the two countries. It has also been learnt that Pakistani officials have warned that this would alienate their military and drive them towards China or Russia for leadership training. It has also been stated by a State Department spokesperson that this will effectively lead to the suspension of Pakistan from U.S. government’s International Military Education and Training program (IMET) which will close off places that had been set aside for 66 Pakistani officers this year. And it has been further stated that these places will now be allotted to other countries or left unfulfilled.

This is not for the first time that the US has imposed such exemplary cuts on Pakistan. In his first tweet of 2018, president Trump had slammed the terrorist nation saying that it had rewarded the U.S. aid with “nothing but lies and deceit”. This was followed by a punitive aid cut by the Trump administration against the US. It was reported that there was a 62 per cent decline in security aid from the US to Pakistan over last five years according to data released by the US Congressional Research Service (CRS). Nikki Haley, US Ambassador to the United Nations then confirmed that Trump administration has withheld $255 million in security aid for Pakistan. Similarly, economic and humanitarian aid to Pakistan declined 77 percent from $1.1 billion in financial year 2012 to $246 million in financial year 2016. The US budget this year also displayed this tendency of the US administration. The overall assistance to Pakistan was “down about $10 million” to $351 million. The state department also told the Congress, “The implementation of FY 2019 FMF resources for Pakistan is contingent on Pakistan taking appropriate action to expand cooperation in areas where interest converge and to address areas of national divergence, in line with the administration’s South Asia strategy.”

The US administration has realised that Pakistan has systematically misused the aid and funds sent by the US. US is dependent on Pakistan in terms supply to its troops in Afghanistan but Islamabad is playing a double game. On the pretext of fighting terror, Pakistan is using US security aid to safeguard terror havens on its soil. This is also a long-awaited success for India which has constantly taken the stand that Pakistan is a state sponsor of terrorism. Trump administration’s decision to impose punitive measures followed by a spate of cuts clearly shows that India’s stand has been vindicated. The fact that the US is now acting on the premise that Pak is indulging in double game can be seen as not only a significant downturn in US-Pak relations but also a major diplomatic breakthrough for India.