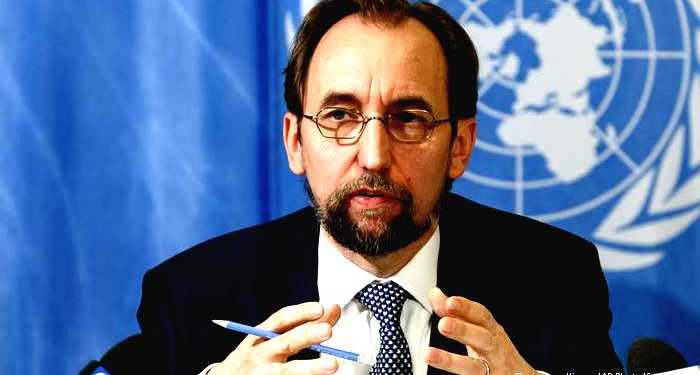 United Nations Human Rights Commission is going to be headed by former Chilean President Michelle Bachelet. Michelle Bachelet has been appointed as the new High Commissioner for the UNHRC and will replace the outgoing commissioner Zeid Ra’ad Al Hussein from Jordan. Michelle Bachelet’s appointment in the highest position at UNHRC is a welcome move for India as she is known to have a pro India stance and is sympathetic towards the country. She had earlier visited India in 2009 and had expressed concerns over the cross-border terrorism activities which India suffered from; she also is known to be an unbiased and fair authority by leaders from around the world. A member of the Socialist Party of Chile, Bachelet had earlier served as the President of Chile twice after Chile got free from the oppressive regime of General Pinochet. Her appointment is a positive sign for India as the now former UNHRC High Commissioner Zeid Ra’ad Al Hussein had a pretty strong bias against India and Indians.

Prince Zeid Ra’ad Al Hussein had overseen the tabling of the highly controversial UNHRC report on Jammu and Kashmir, which cited false and exaggerated tales of human rights violation in the Kashmir valley. The heavily biased report had been tabled without even proper surveys conducted in the Indian portion of Kashmir. His pro-Islamic belief and bias forced him to side with Pakistan and present a tall book full of lies for which he faced humiliation on the world level. He was accused of maintaining close ties with authorities in Pakistan while the report on Kashmir was being prepared; the accusations had come from a Pakistani Islamist who resides in Canada. His other comments and works too reveal the pro-Islamic agenda he carried in his heart, another incident where he received much flak was for asking Uzbekistan to “go easy” in their fight against radical Islam. Uzbekistan was trying to stop and penalize people from the country who had either left or were planning on leaving the country to join the terrorist group Islamic State. The then UN Human Rights chief had asked Uzbekistan to avoid “repressive policies” in its fight against such Islamic radical groups.

During his earlier stint as the ambassador of Jordan to the UN he had earlier voted in favour of criminalizing “defamation of religion” when the topics were under discussion in the General Assembly of the UN. He was forced by his religion and country’s bias to side with Islamic forces and let out statements which suited their agenda. Under his tenure controversial appointments were made to the UNHRC such as Saudi Arabia being voted to join the panel on UN women’s right commission. His term as the UNHRC High Commissioner also saw whistleblowers getting suspended and penalised for revealing discrepancies in services provided. The UNHRC in itself has suffered much ridicule because of his appointment as the High Commissioner.

His oust from the office and the induction of the former Chilean President will revamp the work culture and work ethics of the UNHRC making it more unbiased in its approach. UNHRC is finally in a position where it will be treated with respect and its decisions and reports can be considered to have an element of truth, something which was not possible at all while Hussein sat in the chair of the High Commissioner. His oust is also the end of a dark period in the history of an institution which fought for the rights of others. And it is certainly a welcome news for India.