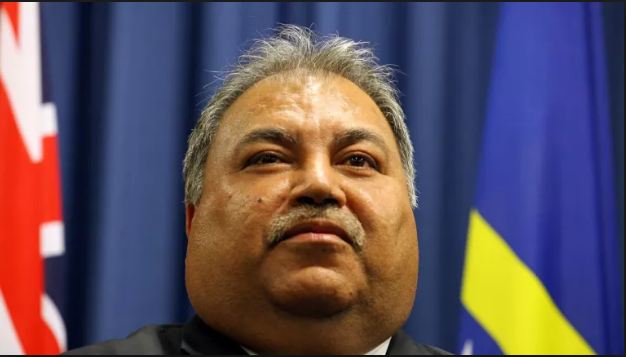 Finally, there are voices emerging against the imperialistic ambitions of China. Now, even the smaller countries are resisting aggressive Chinese policies and plans. China has issues with all the countries it shares land borders with and adding to the list of countries disgruntled with China are the number of island nations which the Dragon wants to dominate. Japan, Philippines, Vietnam and Malaysia are some of the countries which are facing border disputes with China; Pakistan on the other hand has satisfied itself with becoming its colony. It is therefore surprising that the grand gesture of defiance to China has come from a tiny island nation, Republic of Nauru. With a total area of just 21 square kilometres and a population which numbers approximately just around 12,000, the President of Nauru, Baron Waqa did not stay silent when the head of Chinese delegation wanted to do as per their will.

The event was Pacific Island Forum hosted at Nauru in which 18 regional leaders were present. Du Qiwen, the head of the Chinese delegation wanted to break away from the line of speakers and wanted to present his speech first. A request which felt almost like an order and it was swiftly denied by Nauru’s President. The Chinese diplomat stormed out of the event visibly angry over not being allowed to speak before the Prime Minister of Tuvalu. The behaviour of the Chinese reeked of bully behaviour and of pride for being a nation which is rich in numbers and wealth. The reasons given by President Baron Waqa for not allowing the diplomat to speak before the Prime Minister of Tuvalu are satisfactory enough; it would have been indecent to let a diplomat of a nation give his speech before the speech of a Prime Minister or President of any other nation.

The row which erupted on Tuesday had been brewing for long, China treats the breakaway self-governed Taiwan as a part of its mainland and Nauru is one of the few countries which still maintain diplomatic ties with it. Nauru also has the backing of Australia from which it receives grants and aid. The President of Nauru has shown courage in standing up in defiance against the Chinese whose attitude suggests that they own the world, on the other hand nuclear capable countries like Pakistan bend backwards to fulfil China’s whim. The European Foundation for South Asian Studies (EFSAS), a think tank based in Amsterdam, had said in an article that Pakistan faces the danger of being colonized by China. The article further states that the ‘all weather friend’ of Pakistan is using China Pakistan Economic Corridor (CPEC) as an instrument to colonize the country. As per the article “the ultimate aim of the CPEC project is to ensure deep Chinese penetration of Pakistani institutions leading up to a situation where Pakistan eventually turns into a colony dependent on China for its day-to-day survival.” The sentiment which have been echoed for countries such as Sri Lanka too, when the Chinese began to invest and build infrastructure in the country. The message given by Nauru is a strict one and in future more and more voices like these might be raised in international forums against China and its imperialistic principles.