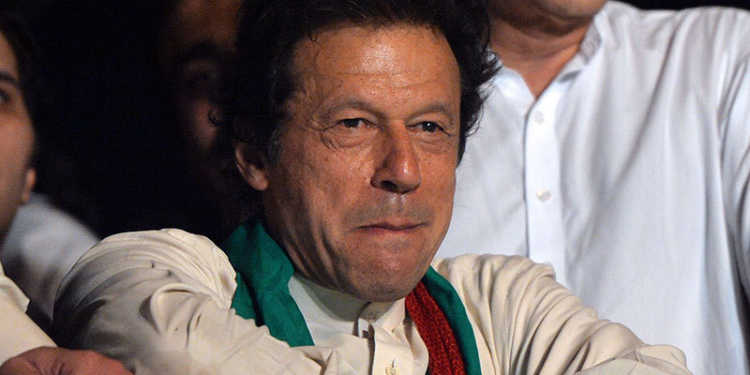 The newly elected 22nd Prime Minister of Pakistan Imran Khan created a sensation on Friday when he gave a statement that the newly elected Pakistan Tehreek-e-Insaf (PTI) government has no money to run the country. Imran Khan blamed the previous government led by Shahid Khaqan Abbasi for creating unnecessary loss making projects during the time it was in power at the centre at the event held in Islamabad. The Pakistan Muslim League (PML-N) prime minister had served for less than a year as the PM of the country following the disqualification of Nawaz Sharif from the PM post. Nawaz Sharif and his party has been riddled with charges of corruption and the former PM is currently serving a jail term of 10 years with his daughter Maryam Nawaz who has also been sentenced to seven years in jail. Almost all of the policies adopted by the former regimes in Pakistan had been done keeping in mind their own benefits. Imran Khan and his party’s win had come from army backing and the anti-incumbency sentiment of the people.

Imran Khan’s PTI had come to power with tall claims of creating a new Pakistan; other promises of PTI included ridding the Pakistani economy of debt and of cutting down the astronomically high government expenses. Khan said, “Our politicians need to change, our bureaucracy needs to change and our people need to change. We’re at a genuine crossroads and if we don’t change there’s disaster ahead.” He went on to add, “There is no money to run the country and 70 per cent of our country is under 30, every day more young people enter the job market but there are no jobs for them.” The Pakistani PM was addressing bureaucrats of the country when he made these revelations in public.

There are countless services in Pakistan which were started to suit the vested interests of politicians, bureaucrats and other officials. Even basic services such as metro bus services have been running in losses, while the loans for these services are being paid back with interest using taxpayers’ money. This is a tiny example of the many corrupt practices which have been going on in the country, Imran Khan and his party will face a tough time in changing the attitude and mindset of the ruling class in the country. Khan’s address to the bureaucrats fell short of a desperate plea to save the country from going bankrupt, especially with the United States stopping the flow of aids to the cash crunched economy of Pakistan.

The next few years will be extremely tough for the country which had become too reliant on foreign aid to stay afloat. Imran Khan on one hand will have to fight against terrorist outfits in the country to gain international acceptance while on the other he will find it extremely difficult to manage the affairs of his country if he begins a crackdown on Islamic extremist organisations in Pakistan. The future of Pakistan stands on shaky grounds; the newly elected PM will need to do a wonderful balancing job to ensure that the country survives the dangers lying ahead. Eliminating terrorist organisations and solving financial troubles of the country will take up majority of the time of next five years of PM Khan’s rule. Leave alone competing with India in any positive aspect our neighboring country will be worried about having a stable economy in the days to come and PTI with Imran Khan are their last hope.

Trade wars with US brings Chinese economy to a screeching halt