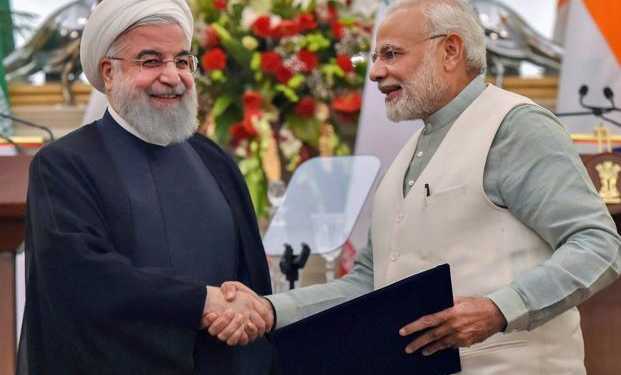 Modi government has decided to continue with the import of Iranian oil despite sanctions from the United States. Public sector refineries, Indian Oil Corp (IOC) and Mangalore Refinery and Petrochemicals Ltd (MRPL) have contracted to import 1.25 million tonnes crude oil from Iran in November. The next round of US sanctions on Iran will be effective from November and Trump administration had asked India to reduce oil imports from Iran. But as the orders from state oil refineries show, India is in mood to defy American sanctions on oil imports. Both nations have decided to suspend dollar payment and are preparing to trade in Indian Rupee.

Modi government does not only defy US sanctions on Iran but also did not follow its diktat to not purchase S-400 missiles from Russia. America has imposed sanctions on Russia due to its intervention in Crimea. US sanctions on Russia led to Indian payments worth over $100 million to Russia being blocked in less than a month, with payments of over $2 billion facing uncertainty. It impacted ongoing submarine repairs besides the purchases of missiles and ammunition. The signing of a $5-billion deal to purchase the S-400 air defense system from Russia was also under doubt. When there was no chance of cooperation India had found a way to pay to Russia. It was planned by the Indian government that now India will go on with a rupee-ruble transfer as this is the only way out for both sides. However US later decide to mend ways with India for mutual benefit and India, along with Indonesia and Vietnam, got a waiver from US sanctions against Russia.

India is one of the largest oil importing nations in Asia, and happens to be one of the six nations that continued purchasing crude oil from Iran despite heavy US sanctions before 2016. Almost 80% of India’s oil demands are fulfilled through oil imports, the majority of which comes from Venezuela and Iran, two nations under heavy sanctions from the United States. Donald Trump decided to revive sanctions that were lifted after the 2015 Nuclear Deal between the United States and the Iran. Oil prices are already touching record high in international as well as domestic markets. If India stops imports from Iran, the prices will move further north. Rise in crude oil prices impacts Indian economy negatively therefore cutting down imports from Iran is not in national interest.

On Iranian oil import and Russian military equipment purchase, India’s national interest was at stake and therefore government defied the US diktat. However this does not mean that Modi government does not want good relations with United States. In fact, both countries are closest ever in history and are cooperating on military, foreign policy and economy front. The dealing with America and Russia tells than Modi government’s foreign policy is driven solely on national interest.