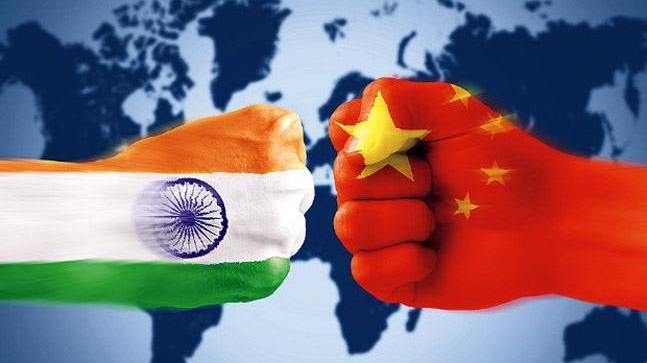 Africa has been ignored for decades. It did not have a standing of its own for centuries. In the age of colonialism, it was source of cheap bonded labor and in the post-colonialism period it was ignored for European power. However, the rise of the new power centers like India and China have altered the focus countries. For India and China, Africa is important source of raw material. Both of these countries seek to exploit the rich landscape of Africa for benefit of the continent and of their own. European powers only exploited people and natural resources of Africa for selfish interests and the relation was that of domination rather than cooperation.

The new power centers of the world located in Asia are competing for influence in Africa. Both have some points favorable and some unfavorable in the process of their new found love for Africa. India’s engagement with the continent goes hundreds of centuries back with a rich history of trade between the old African civilizations and empires in Indian peninsula. According to Strabo, a Greek geographer who lived before Christ “At any rate, when Gallus was prefect of Egypt, I accompanied him and ascended the Nile as far as Syene and the frontiers of Kingdom of Aksum, and I learned that as many as one hundred and twenty vessels were sailing from Myos Hormos to India, whereas formerly, under the Ptolemies, only a very few ventured to undertake the voyage and to carry on traffic in Indian merchandise.” The engagement increased further in colonial period when the Subcontinent was under British control and a large chunk of African landmass was also controlled by the same colonial hegemon. A large Indian Diaspora could be still found in nation states of Africa. The common bridge of English as administrative language also goes in favor of India.

China is a late-comer on African continent. The dragon started increasing its engagement with the continent after its new found wealth in post-economic liberalization period. The hunger for raw material among Chinese corporate brought the country to African continent. The deep pockets of China allowed it to expand more rapidly than India. It gave huge loans on cheap rates to African nations to bring them in its fold.  According to an article in the China Daily, Beijing has helped Africa build more than 6,500 Kms of railways, over 6,000 km of highways, more than 200 schools, 80 stadiums, dozens of government office building and a large number of airports and ports. China is the largest trading partner of Africa with bilateral trade amounting 200 billion dollars in 2014 in comparison to 52 billion dollars in 2016-17. China’s total foreign direct investment in Africa is 100 billion dollars in comparison to 40 billion dollars of India. China has given loans worth 124 billion dollar to Africa in the period of 2000 to 2016.

The Chinese relations with Africa are recent and mainly economic. All that China is interested is the natural resources like ivory, oil, gold etcetera which the continent possesses in large amounts. The country opened its first overseas military base in Djibouti on the Red Sea. The deepening of military engagement suggests that China aims to imitate what European colonial powers did in Africa in 19th and early 20th century. It also seeks to expand Belt and Road Initiative (BRI) in African countries, the BRI is being seen as debt tarp diplomacy of China, it can take over the control of Hambantota port in Sri Lanka because the island nation could not pay back the loans. Since then many countries are suspicious about BRI and see it as interference in their sovereignty. The African countries fear that the same could happen with them. Therefore despite growing Chinese engagement in the continent, it does not enjoy ‘trust’ among nation states of Africa. On the other hand, India enjoys trust among African nation states due to historical reasons, well organized diaspora and its ‘soft approach’. “New Delhi may not be able to compete or match the kind of financial support or gifts that Beijing offers since China has much deeper pockets but most nations are aware that more often than not, there are strings, conditional clauses, expectations with Chinese gifts,” said C. Uday Bhaskar, strategic analyst and Director of the Society for Policy Studies.

There is no doubt that China currently enjoys deeper clout over Africa than India. This is due to deep pockets of China which allowed it to expand its feet as well as cold efforts by previous Indian government to engage with Africa. But in long the term, India’s soft power and closer cultural links give an advantage to India. Bollywood movies are very popular in Africa with huge black as well as white market. English is administrative language in both countries and there is a large organized Indian Diaspora on the continent. The growing economy will provide India fiscal space for closer African engagement in near future. Modi government has taken steps to increase its presence in Africa. PM Modi visited Africa a few months back. In his address to Ugandan parliament he said “our development partnership currently includes implementation of 180 lines of credit worth about $11 billion in over 40 African countries. At the last India Africa Forum Summit (in New Delhi in 2015), we had committed a concessional line of credit of $10 billion and $600 million in grant assistance.” The government efforts to increase engagement will balance growing Chinese presence. Africa is next big market and it has also abundant amount of natural resources in the field of energy and minerals which India needs. Therefore a greater involvement will be beneficial for India as well as for Africa.