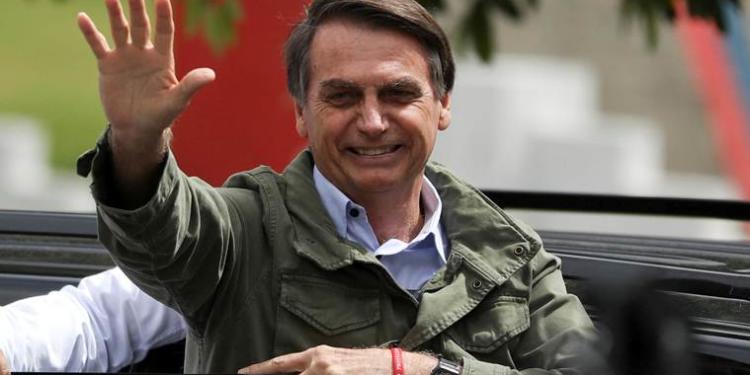 In a development that is going to make Beijing nervous, it has been reported that far-right, anti-China, Jair Bolsonaro has got a sweeping victory in Brazil’s presidential election. Bolsonaro won 55.2% of the total votes cast against 44.8% for Fernando Haddad from the left-wing Workers’ Party. Bolsonaro has been labelled as a ‘far right’ leader by the left leaning commentators and media outlets. This victory is being projected in media reports as a rightward swing in the largest democracy in Latin America, which was governed by the Workers’ Party for 13 years between 2003 and 2016. One cannot help but relate this victory to the recent emergence of conservative politics around the globe which has seen a remarkable resurgence over the past few years.

However, this is not merely a victory of the conservative politics but has another context attached to it. Bolsonaro’s victory has come as a major shock for China as well. China has been trying to extend its influence in the Latin American region especially in Brazil. But Bolsonaro might not be the kind of leader that the Chinese would fancy. His stance against Chinese influence in Brazil is no secret and the country seems to be set for a major shift as far as its relations with China is concerned.

Bolsonaro has not tried to hide his aversion towards the influence of the Communist State in the Latin American nation. He has portrayed China, Brazil’s largest trading partner, as a predator looking to dominate key sectors of its economy. China has indeed been investing in a big way in Brazil. According to Brazilian government statistics, the two-way trade between China and Brazil stood at $75 billion last year. China has invested $124 billion in Brazil since 2003, mostly in the oil, mining and energy sectors. China is reported to be eager to bankroll railway, port and other infrastructure. However, the ‘far right’ leader now elected as the Brazilian president is not very enchanted with the massive Chinese investment.

Much like the US president Trump, Bolsonaro was critical of China during his election campaign. He voiced the opinion that China should not be allowed to own Brazilian land or control key industries. Bolsonaro has been apprehensive of the Communist nation and has even warned, “The Chinese are not buying in Brazil. They are buying Brazil.” This has made the Chinese nervous and Chinese diplomats based in Brasilia have met twice with top Bolsonaro advisers in recent weeks, according to participants in the meetings. Their aim is to highlight cooperation with Latin America’s largest country. Brazilian grains and minerals have fueled the rise of China while lifting millions of Brazilians from poverty in the resulting commodities boom.

The Chinese economy has slowed down in the recent past and it cannot afford the Latin American nation to snub it under the leadership of its newly elected president. The Chinese are now evidently keen on ensuring that they do not lose out in a big way in Brazil. Things could not have been set up in a better way for India. A conservative leader at the helm of affairs in yet another BRICS nation is a welcome development. India must remain alert and make the full use of this situation. Bolsonaro’s anti-China stance can prove to be a big opportunity. India can use his aversion towards China in forging closer and strategic ties with Brazil and increasing its own influence in the Latin American nation.