India exempted from US sanctions for development of Chabahar port 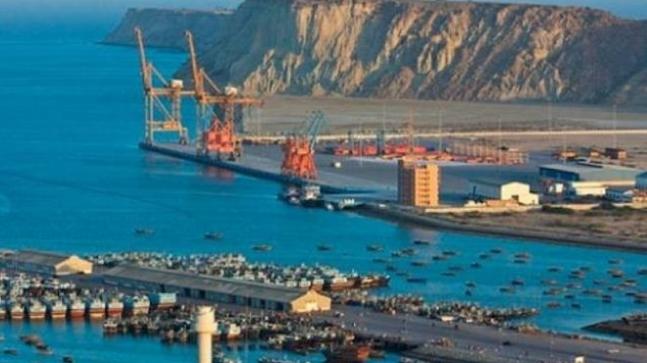 In a major diplomatic win for India, the US has exempted India from certain sanctions for the development of the Chabahar port in Iran. The port, strategically located is a crucial project for India and this exemption, therefore, comes as a major relief for the nation. Iran has been a major oil supplier to India, in fact, India is Iran’s second biggest oil purchaser next only to China. India has continued trade links with Iran despite the fact that Iran has been isolated by the West over its disputed nuclear programme.

The geographical location of the port is such that it will open up road connectivity for India up to Afghanistan. From Chabahar, the Iranian roads lead up to Zaranj in Afghanistan. India already has constructed the Zaranj-Delaram road in 2009 and this road leads to Afghanistan’s Garland Highway. With the help of these road networks, India can get access to four major Afghanistani cities- Herat, Kandahar, Kabul and Mazar-e-Sharif. This port is also going to bring down transportation costs/ time for India by one third of the current cost. The port is set to become a major hub as about one fifth of the total oil consumed world-wide passes through the Strait which separates the Persian Gulf from the Gulf of Oman and Indian Ocean.

While exempting India from sanctions for development of the Chabahar port along with the construction of a railway line connecting the port to Afghanistan, the US state department stated, “After extensive consideration, the Secretary has provided for an exception from the imposition of certain sanctions under the Iran Freedom and Counter-Proliferation Act of 2012 (IFCA) with respect to the development of Chabahar Port and the construction of an associated railway and for the shipment of non-sanctionable goods through the Port of Afghanistan’s continued imports of Iranian petroleum products.”

The US highlighted that it supports the ongoing process of development and economic growth in Afghanistan and also stressed upon close Indo-US partnership while exempting India for the construction of port. It also announced its commitment to build close relationships with both India and Afghanistan. This exemption comes as another diplomatic boost for India. Earlier, the US exempted India from sanctions on importing oil from Iran which happens to be the third biggest oil producer among the OPEC (Organization of the Petroleum Exporting Countries) nations. India was one of the most vocal countries among those who negotiated for exemption from sanctions on importing oil from the Islamic Republic. India refiners are expected to purchase about 9 million oil barrels for loading in November from Iran and this shows the significance of exemption from sanctions on oil import. The greatest benefit for the country will obviously be the reduced costs for importing oil from the major oil producer. Indian economy is undoubtedly, adversely affected, whenever there is a surge in oil prices. However, with this port India will have an edge over its competitors.

This massive development must not only be seen as display of an excellent diplomatic persuasion but also as a manifestation of India’s rising stature in the world and its enhanced bargaining power with major powers such as the US and other countries. This shows that all major powers understand India’s potential and especially, since the Modi government came to power, India has been consistently seen as a major player. India is rising both in terms of economic prowess and strategic capabilities and the exemptions which have been extended to India stand as testimony to this fact.