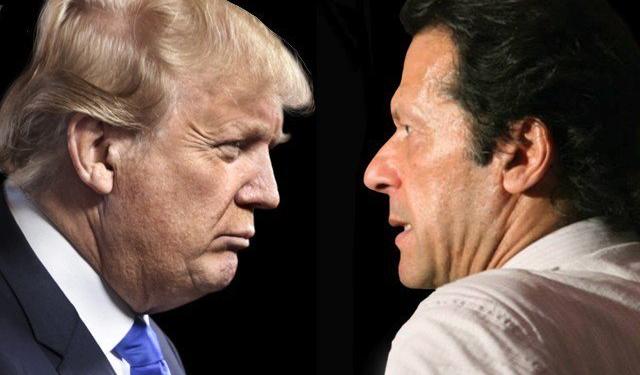 Pakistan Prime Minister Imran Khan finds himself helpless against American President Donald Trump. The economy and public finance of Pakistan is in shambles, and President Trump seems to be further exacerbating things for the debt-ridden nation. According to a PTI report, the United States has cancelled $3 billion in security assistance to Pakistan this year after it failed to control and eliminate the terrorist groups operating in its own soil. The figure was earlier thought to be $1.3 billion but the sources in the white house have confirmed that the total amount has been close to 3 billion dollars.

This cancellation in aids and grants to Pakistan is part of a bigger move which was announced earlier in January this year to curtail the nefarious activities of Pakistan which include, helping the Haqqani network and the Afghan Taliban. The Trump administration has accused Pak of providing sanctuary and training grounds to Taliban fighters who attack and injure the US defense personnel operating in Afghanistan. Pakistan according to the US administration is guilty of providing shelter and breeding grounds to the terrorists while taking monetary and other aids from the United States.

The US government has arrived at the figure of $3 billion after the latest compilation of all figures that come from various funding streams from different fiscal years. This compilation exercise has been carried out after the recent Twitter battle between President Trump and Pakistan Prime Minister Imran Khan.

Earlier this month, Donald Trump said that Pakistan did not “do a damn thing” for the US despite receiving billions of dollars of American aid. This rattled Imran Khan and he tried to save the face of Pakistan on Twitter by saying, “No Pakistani was involved in 9/11 but Pakistan had decided to participate in US’ War on Terror.” He further said, “Pakistan had suffered 75,000 casualties in this war and “over $123 billion was lost to economy”, adding that the US “aid” was a “minuscule $20 billion.”

Shortly after Imran Khan’s tweets, American President exposed the double face of Pakistan. In his tweet, President Trump said, “We no longer pay Pakistan the $Billions because they would take our money and do nothing for us, Bin Laden being a prime example, Afghanistan being another. They were just one of many countries that take from the United States without giving anything in return. That’s ENDING!” Trump also claimed that Osama Bin Laden should have been captured by US forces “sooner”. He further said, “We paid Pakistan Billions of Dollars & they never told us he was living there. Fools!.”

Of course we should have captured Osama Bin Laden long before we did. I pointed him out in my book just BEFORE the attack on the World Trade Center. President Clinton famously missed his shot. We paid Pakistan Billions of Dollars & they never told us he was living there. Fools!..

Since Trump has become the US President, he has been on a role to suspend security aid to Pakistan. On 1 January, Donald Trump announced, “The United States has foolishly given Pakistan more than 33 billion dollars in aid over the last 15 years, and they have given us nothing but lies and deceit, thinking of our leaders as fools. They give safe haven to the terrorists we hunt in Afghanistan, with little help. No more!”

This was followed by a punitive aid cut by the Trump administration against Pakistan. It was reported that there was a 62 per cent decline in security aid from the US to Pakistan over the last five years according to data released by the US Congressional Research Service (CRS). Nikki Haley, US Ambassador to the United Nations then confirmed that Trump administration has withheld $255 million in security aid to Pak. Similarly, economic and humanitarian aid to the country declined by 77 percent from $1.1 billion in the financial year 2012 to $246 million in the financial year 2016. In September, USA military has cancelled $300 million aid for what it termed as the country’s failure to take decisive and strict action against militant groups.