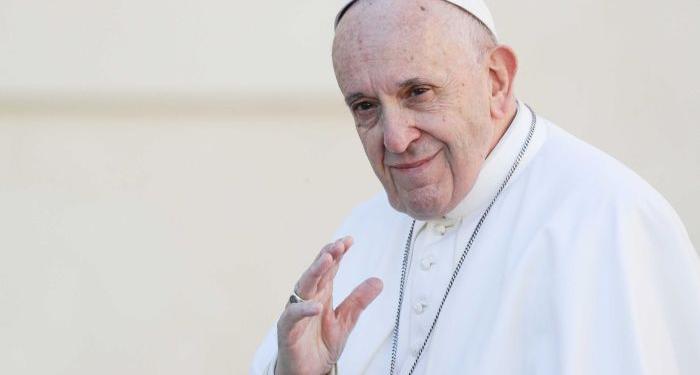 According to Pope Francis, gays should not join Catholic clergy. In an interview published on Saturday Pope Francis said, “The issue of homosexuality is a very serious issue that must be adequately discerned from the beginning with the candidates.”

On Saturday, in the book ‘The Strength of a Vocation’ released by Pope Francis in Italy, he says, “In our societies, it even seems that homosexuality is fashionable and that mentality, in some way, also influences the life of the church.” He further said, “This is something I am concerned about, because perhaps at one time it did not receive much attention.”

According to an NBC news report, Francis is quoted in the book- The Strength of a Vocation- as commenting on a Priest who had told him that having gays in Catholic religious housing “isn’t so grave” because it’s “only an expression of affection.” In response to this, Francis said that reasoning is in error. He further said, “In consecrated life and priestly life, there is no room for this kind of affection,” adding to this, he said, “For this reason, the Church urges that persons with this rooted tendency not be accepted into (priestly) ministry or consecrated life.”

Pope Francis further appealed homosexuals who are already priests or nuns to be celibate and responsible in order to avoid creating a scandal. He said, “We have to urge homosexual priests, and men and women religious, to live celibacy with integrity, and above all, that they be impeccably responsible, trying to never scandalize either their communities or the faithful holy people of God.” Pope further added, “It’s better for them to leave the ministry or the consecrated life rather than to live a double life.”

The blatantly homophobic stand of the Church which is endorsed by Pope Francis has surprisingly generated little outrage by the self-declared liberals and self-appointed moral guardians of the world. Ironically, Pope Francis is considered as one of the most ‘progressive’ and ‘liberal’ pope.

Such stoic silence on the comments made by Pope Francis is in stark contrast to the Rashtriya Swayamsevak Sangh (RSS) bashing rallies by the LGBTQ crowd, despite the fact that the RSS has at multiple occasions clearly stated that it has nothing against the community. RSS leader Dattatreya Hosabale had said, “I don’t think homosexuality should be considered a criminal offence as long as it does not affect the lives of others in society,” adding that, “Sexual preferences are private and personal. Why should RSS express its views in a public forum? RSS has no view on that. It is for people to have their way. Personal preference of sex is not discussed in RSS and we don’t even want to discuss that.” The RSS had also supported the Supreme Court’s strike down of the provisions of Section 377 which criminalised homosexual acts of consensual sex between adults. In September, speaking on Homosexuals, RSS chief Mohan Bhagwat had said that the LGBTQ community is part of the society and they should not be treated as a pariah. He further said, “Times are changing and the society has to take a call on such issues.” He also added, “Making an issue out of it will not help.”

While many political parties have tried to label the RSS as an orthodox, rudimentary organization but its stance on multiple topics such as Article 377 etc. have shown that the Sangh is as welcoming, as an organization can get.