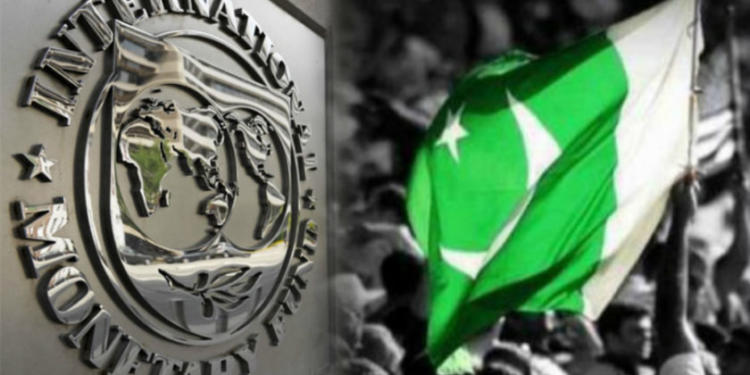 Pakistan Prime Minister, Imran Khan, in his recent interview to Washington Post sounded squeamish on the IMF bailout question. He said that he is exploring other ways as well. With respect to IMF package, Imran Khan said, “We do not want to have conditions imposed on us which would cause more unemployment and inflation.” He further said, “Some of the IMF conditions are likely to harm the common man — that’s what I’m worried about.”

Imran’s skepticism with respect to the IMF bailout is well grounded. IMF bailouts are recipe for disaster. There is no free lunch in this world.  IMF programs are comprised of three components: financing packages, structural reforms and macroeconomic policies. Every IMF bailout comes with a conditionality framework and among other economic-administrative reforms; the framework demands austerity measures which has been a point of contention for many countries which had received the package. It has been seen that tough austerity package further exacerbate the conditions of recipient countries instead of improving them. In 2012, the Governor of the Malaysian Central Bank, Zeti Akhtar Aziz, said, “The adjustment, the austerity and consolidation of the fiscal position has to be done gradually because any drastic prescription or conditionalities would drive the country into a new phase of economic recession and this would increase the cost to the economy and make recovery potentially more remote.”

Greece is a perfect example of the havoc that tough austerity measures unleash against the recipient country. On the heels of a global financial crisis, in 2010 EU and IMF decided to help Greece and agreed to bailout the European country. The program required austerity measures to cut the budget deficit which didn’t go well with the Greece populace. It ensued a nationwide violent anti-austerity protests, riots, demonstrations; people also clashed with the police. Mass protests against the measures continued for years. It gave rise to fringe elements during the elections; political stability of the nation suffered a serious setback.

It’s important to note that the weight of the IMF conditionality framework has shaken the foundation of a stable democracy like Greece, so what would be the impact of the conditionality framework on an instable democracy is not very hard to imagine. It is almost impossible for a country like Pakistan which is already under huge debt, and controlled by Pakistan military and non-state actors to make any structural changes in order to fulfill the conditions which comes with IMF bailout package. In last 30 years, Pakistan had 16 IMF programs but its economic condition continues to deteriorate. The Islamic nation has always failed to meet conditions attached to its previous IMF program like cutting spending, and privatizing state owned big co-operations. The chief executive officer of Mitsubishi Corp.’s Pakistan unit said, “Pakistan needs to work on structural problems now so they can avoid another IMF program. It’s just sheer will. The solutions are known including industrialization that has been declining in Pakistan.”

It’s very unlikely that Pakistan will make any deep structural reforms. A large number of businesses in Pakistan are controlled by former employees of Military, and big landlords who control the entire pseudo democratic regime of Pakistan and they would not give up their comforts and would not allow Imran Khan to make any catalyst structural reform. Secondly, the campaign of Imran Khan has been populist in nature with promises like free healthcare and education which goes against the conditionality framework of the IMF. If cricketer turned politician wants to get another IMF program then he must forget to fulfill all populist schemes promised by him during the election campaign. Third, part of the reason that Pakistan found itself in this economically turbulent situation is Chinese debt. It has taken huge loans from China to import the products required for completion of CPEC, these imports were a major reason behind depletion in foreign reserves of the country. United States is opposed to CPEC and therefore it does not want to see IMF money being used for interest of CPEC or China. US is the majority stakeholder in IMF and therefore the global lender must follow its diktat. The US has warned that it does not want to see a single penny of IMF money “go to bail out Chinese bondholders or -China itself.”

Even if Pakistan gets a bailout package from IMF, this does not mean its financial condition will necessarily improve, because in many cases in Sub-Saharan Africa, bailout packages actually worsened the situation. It has been seen that the IMF bailout has a negative effect on the economic performance of recipient countries be it Latin American or Asian countries.