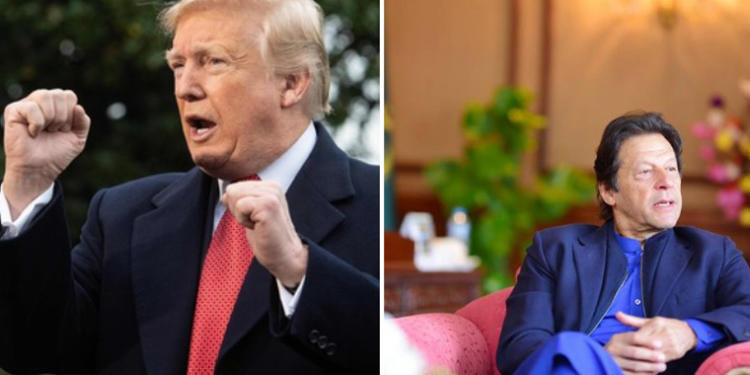 US Administration on Tuesday added Pakistan to a blacklist of countries that violate religious freedom and treat their minorities badly. Secretary of state (US) Mike Pompeo said he had designated Pakistan among “countries of particular concern” in an annual report presented in US Congress.

Last year, Pompeo placed Pakistan on a special watch list which was just a step short of being blacklisted, but Pakistan didn’t take a single initiative for the well-being of the minorities, forcing the US to blacklist them. US government is constantly exerting pressure on Islamabad to end its tyranny on minorities.

In his statement, Pompeo said, “In far too many places across the globe, individuals continue to face harassment, arrests or even death for simply living their lives in accordance with their beliefs”. “The United States will not stand by as spectators in the face of such oppression,” he added.

Human rights advocates had been raising their voice against human rights violations including ill-treatment of Hindus, Shias, Ahmadis, and Christians in Pakistan for a long time. One such example is of “Asia Bibi blasphemy case”. Asia Bibi, a Christian lady who was falsely convicted of blasphemy by a Pakistani court and sentenced to death in 2010, but later acquitted in 2018 on the basis of insufficient evidence.

In January, the US Commission on International Religious Freedom (USCIRF) recommended designating Pakistan as a “country of concern” because of its alleged “serious violation of religious freedom”. It was a long-standing demand of USCIRF. The report presented by them this year complained that religious minorities in Pakistan are attacked by extremist groups and society on day to day basis. It also noted that “abusive enforcement of the country’s strict blasphemy laws result[s] in the suppression of rights for non-Muslims, Shia, and Ahmadis”.

There are nine other countries including China, Eritrea, Iran, Myanmar, North Korea, Saudi Arabia, Sudan, Tajikistan, and Turkmenistan. All these countries are accused of having engaged in or tolerated “systematic, ongoing, [and] egregious violations of religious freedom”.

In June earlier this year, Global Money Laundering & Terrorist Financing Threat Assessment organization, Pakistan has been formally placed in the grey list of The Financial Action Task Force (FATF). FATF is an intergovernmental organization founded in 1989 by G7 (a group consisting of Canada, France, Germany, Italy, Japan, the United Kingdom, and the United States) to develop policies to combat money laundering, and in 2001 its mandate expanded to include terrorism financing. The FATF prepares two lists the ‘blacklist’ and ‘Grey list’. If a country is included in the blacklist then it has to face international sanctions, although the actions against a greylist country are very minimal. There is a great chance of Pakistan being included in the blacklist.

Pakistan’s economy is going down with a fast pace because of the terror activities and terror funding. Since the BJP government under PM Modi has come to power, it has worked towards isolating Pakistani state internationally and diplomatically with projects like Kishanganga Hydroelectric Plant and showing their true face at international forums like United Nations, G7 and SAARC summits. Pakistan needs to understand that if they don’t take prompt action for the well being of the religious minorities and make strict laws against terrorism, there will soon be a scenario of Pakistan versus the rest of the world.