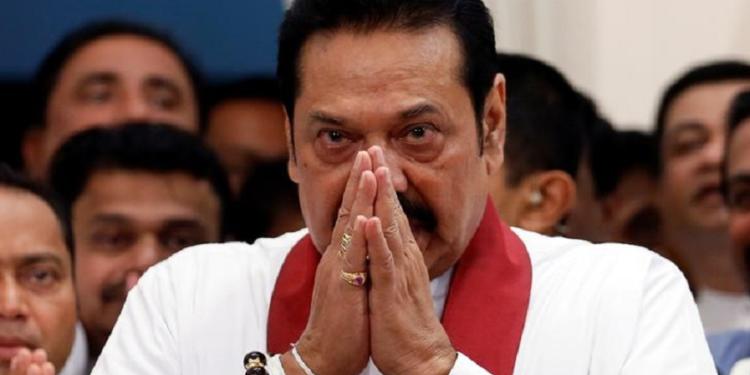 The controversial prime minister of Sri Lanka, Mahinda Rajapaksa has resigned clearing the way for former Prime Minister Ranil Wickremesinghe to be reinstated to the post. On October 26, president of the island nation Maithripala Sirisena sacked Wickremesinghe and appointed Rajapaksa as prime Minister despite the fact that he does not have support of majority of the legislators. This led the country into political chaos with a situation where the island nation had two prime ministers, one appointed by president and the other recognized by majority of legislators. The legislators were not ready to accept Rajapaksa as prime minister and protested forcing Rajapaksa to resign. “To ensure stability of the nation, former president …(Rajapaksa) has decided to resign from the premiership tomorrow after an address to the nation,” said Rajapaksa’s son Namal who is also a legislator.

Earlier, the Supreme Court of Sri Lanka had said that Rajapaksa cannot exercise power. The apex court called the dissolution of assembly ‘unconstitutional’, and also started impeachment process against President Maithripala Sirisena who allied with this whole episode. Rajapaksa lost the no confidence motion as majority of the legislators were with Wickremesinghe. The political turmoil in the country which ran for almost two months is expected to end with the appointment of new prime minister.  “The crisis must be ended as soon as possible, because the uncertainty is going to drive investment out of the country and leave government services in a state of paralysis,” said Jehan Perera, executive director of the National Peace Council of Sri Lanka.

The appointment of Wickremesinghe is a big win for India in the South Asian region. Sri Lanka was slipping out of its sphere of influence over the last decade as Rajapaksha who ruled the island nation for more than a decade was very pro-China. Under his leadership, Sri Lanka borrowed huge money from China and was unable to payback. In December last year, Sri Lanka handed over the control of the southern seaport of Hambantota to China on a 99-year lease for $1.12 billion, amid Indian concerns over Beijing’s efforts to expand its influence in the region.

After Rajapaksha lost the election and Wickremesinghe was appointed as new prime minister, India again gained influence in the region.  To counter any encroaching activities by Chinese companies at the Hambantota Port, the Sri Lankan government has moved its southern naval headquarter there. Under the leadership of Wickremesinghe , Sri Lanka gave India permission to operate an airport in Hambantota. The airport is very close to Hambantota seaport which China had taken from Sri Lanka on a 99-year lease. The airport could work as a counter to any military activity by China on the Hambantota seaport.

The resignation of Mahindra Rajapaksa is a major setback to China which was the first nation to congratulate him when he was appointed as PM on October 26. Sri Lanka has important role in string of pearls strategy of China under which it plans to surround India with major infrastructure projects in South Asian nations. China tried to bring South Asian nations like Sri Lanka, Maldives, Bangladesh, Nepal, and Bhutan under its influence with cheap loans. But the strategy seems to be failing as India still carries significant influence in neighboring countries.

Australia recognizes West Jerusalem as the capital of Israel