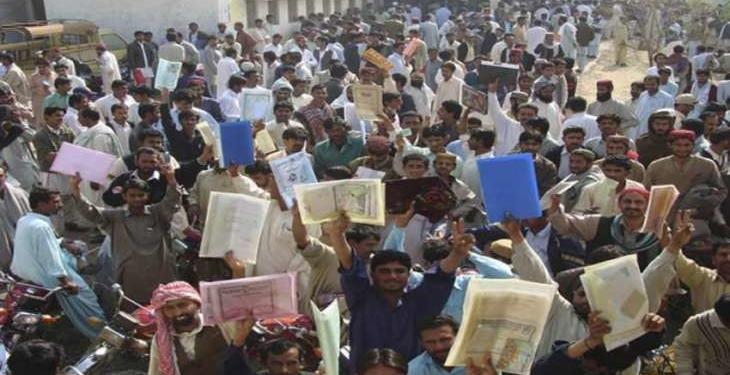 Thousands of people are losing jobs in Pakistan due to newly implemented economic reforms by the newly elected regime in the country. The businesses in the country are asking for ‘amnesty scheme’ to fit themselves in new rules and regulations. The trade and business in Pakistan are suffering due to new rules and the market is almost closed. If the confidence of the business community is not revived huge unemployment will be witnessed in upcoming months, warned analyst.

The Imran Khan government took strong measures to check money laundering, corruption, and fake accounts. But the problem is that for decades, the country’s economy has been dependent on corrupt practices and businesses find it hard to adjust to new regulations. The officials advised that the government should prepare amnesty scheme to allow investors and the business community to readjust without hurting “corrections”. The sectors where most of the people lost jobs like real estate is topmost priority for the government.

The real estate sector was hurt most in last four months of Imran Khan’s tenure. The real estate players faced harassment from the Federal Board of Revenue, the government body that investigates crimes related to taxation and money-laundering. The National Accountability Bureau, an institution responsible to build efforts against corruption and economic terrorism has also been much power under PTI government and this did not go well with the business community.

The association of Automotive Parts and Accessories Manufacturers published through newspaper advertisement that 1200 jobs were already lost in last three months and if some help from the government is not announced job losses in the industry will be 50,000 very soon.

The corrective measures taken by the government and weak macroeconomic conditions are the reason behind the slowdown in the economy. The GDP growth projection for the current fiscal year (June 2018- May 2019) is 3 percent which is the lowest in last four years. The burgeoning fiscal deficit, increase in interest rate, current account weakness, the rising cost of starting business, regulatory cholesterol, inefficient bureaucracy, duty on raw material is causing damage to the industry.

The help from few ‘friendly countries’ like China, UAE, and Saudi Arabia has not been able to boost the business environment in the country. Almost one-third drop in the value of Pakistani rupee did not trigger the expected recovery in exports. “While we needed to address the issue of exports, with no spare production capacity for exportable goods, it would have been good to diversify export base and add more items to conventional items like cotton, rice etc as well as giving exporters targeted incentive rather than massive devaluation.”

In the past few years, we have witnessed that Pakistan has become used to live on borrowed money. The foreign money has helped Pakistan live beyond means. The country faces typical debt problem where government spending exceeds revenues and imports outpace exports. Pakistan has foreign exchange only to support few months of imports and that too due to loans from Pakistan. As the country faces another balance of payments crisis, Imran Khan is traveling from one country to another seeking financial help.

The timely bailout packages and foreign helps never forced Pakistan government to take structural reforms to solve the chronic diseases of balance of payments. Whenever there was economic trouble, the country used its strategic location to seek financial help from foreign countries which were ready to help given the country agrees to become a pawn to them in their foreign affairs strategy.

China set to sinicize Islam, passes law to make it compatible with socialism