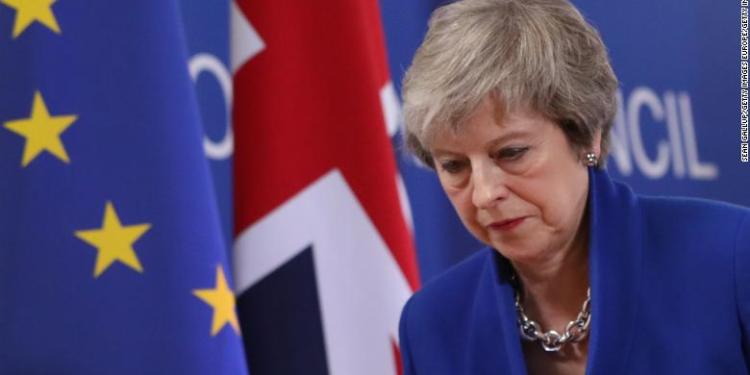 Britain’s Prime Minister Theresa May’s Brexit deal has been rejected in what is being termed as the largest defeat for a government in British history. 432 MPs in the House of Commons voted against the deal while 202 voted for it, leaving Britain back on square one, having to decide whether to negotiate a new deal, on time before March 29, or to not implement the mandate of the Brexit referendum. Some MPs have also endorsed the idea of a second referendum.

Adding to May’s challenges, opposition leader from the Labour Party, Jeremy Corbyn has moved a vote-of-confidence in the House pointing at the possibility of a general election in Britain soon.

After May’s deal was rejected, European Council President Donald Tusk tweeted, “If a deal is impossible, and no-one wants no deal, then who will finally have the courage to say what the only positive solution is?”, hinting that the European Union wishes that Britain remains, leaving the chances of a better deal for Britain’s “leave” lobby before Brexit even slimmer.

Theresa May has spent over two years trying to negotiate a deal for Britain with the European Union before it finally leaves the EU in March after former Prime Minister David Cameron decided to hold a referendum to decide whether the United akingdom should leave the EU. A country-wide referendum was held on 23 June 2016 where 51.9 per cent of voters voted in favour of exiting the EU, while 48.1 per cent had favoured remaining. Cameron resigned as Prime Minister soon after the vote and Theresa May took over.

Major concerns that sparked the Brexit vote were immigration from EU countries to Britain and resultant lack of jobs for British natives. The “Leave” side also asserts that the UK must pursue its own economic and political policies without the influence of the EU.

May’s deal included a withdrawal agreement with the EU and a political declaration for the future relationship between Britain and the EU. It was voted against by MPs who reject Brexit altogether, some who want a no-deal Brexit and also by some other MPs who wish for a soft Brexit at best. Theresa May has flown to Brussels again as she has until Monday to present a new, revised deal but it is unlikely that the deal will survive as liberal MPs are largely against the idea of leaving.

This leaves the question- whether a public mandate will be implemented or for the first time, rejected by parliamentarians triggering a second referendum, risking people’s faith in a direct democracy. The developments since the Brexit vote have also reflected how an overpowering push by elitist liberals, in the media, and in politics, has undermined the popular will of the people in Britain.