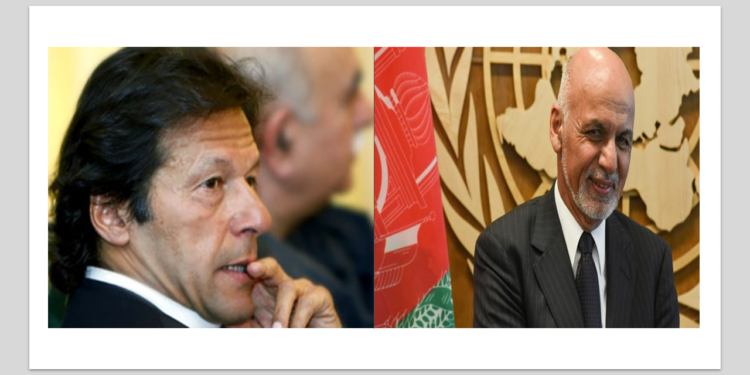 Taking exception to Pakistan’s meddling in its domestic affairs and aiding and abetting the terror groups in the country, Afghanistan has raised the issue of Imran Khan and Taliban’s supposedly secret meeting in Islamabad.

Afghanistan has written a strongly worded letter, dated 15th February 2018 to the UN Security Council complaining against Pakistan’s attempt to officially recognize and legitimize Taliban, a UN-designated terrorist organization. Pakistan has been facilitating Taliban negotiations in recent months which is alleged by Afghanistan to be a process of violation of its sovereignty. “These engagements, which are taking place under the pretext of support for peace efforts in Afghanistan, are void of any degree of coordination and consultation with the Government of Afghanistan,” states the letter.

The government of Pakistan is intending to invite a Taliban delegation for a meeting with its high-level authorities in Islamabad, including the Prime Minister Imran Khan. This initiative is a source of deep threat to the Afghanistan government as it poses a serious threat to the security and stability of the country, along with being a threat to others in the sub-continent. Action against terrorism is the need of the hour but Pakistan is accustomed to using Taliban as a proxy and does not want to let go of this opportunity at a time when US is withdrawing its troops. The Afghan government also suggested that Islamabad should undertake decisive action against terrorist groups on Pakistan territory and its passivity in counter-terrorism has a profound impact on the security of the region.

The letter states that “Afghanistan is welcoming and appreciating all efforts taken to promote a peaceful settlement of the conflicts so long as the proposed settlement conforms to the established principles of Afghan involvement.” Pakistan is sneakily trying to engage with the Taliban, without the consent of the government in question and is also violating the provisions of the UN Security Council 1988 Committee’s Sanctions Regime. In the wake of US withdrawal from Afghanistan, PM Imran Khan is looking to consolidate its position in the country and for this, he is attempting to seek Taliban’s support. This is why Pakistan’s meetings with Taliban have been increasingly gathering momentum in recent months since the U.S expressed its desire to pull out its troops.

Tensions run high between Afghanistan and Pakistan. Kabul and Washington have accused Islamabad of providing safe havens for terrorists in its territory, allowing them to cross the border into Afghanistan and attack government troops and Western forces.

Over and above this, Pakistan is also offering a safe haven to others who want to meet with the Taliban representatives. They have scheduled a meeting with Saudi Arabia’s Crown Prince Mohammed bin Salman who will meet Taliban representatives during his visit to Pakistan starting on Sunday. This latest conniving episode of Taliban association has further put a nail in Pakistan’s coffin by exposing their duplicity in sponsoring terror in neighboring countries.