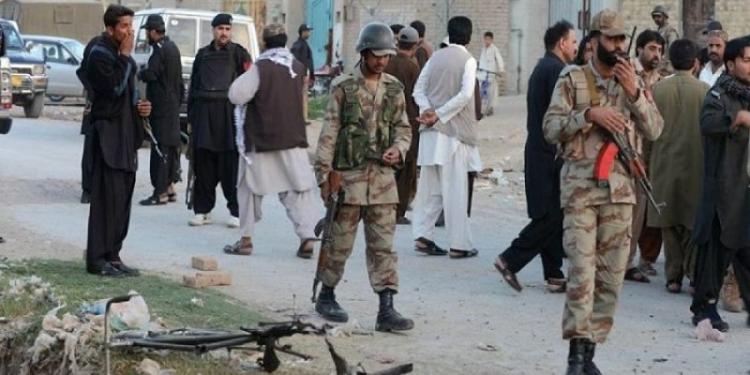 Looks like Pakistan is in for deep trouble.  At least six Pakistan Army soldiers were killed in an explosion that hit the army convoy in a district of Balochistan.

According to News Nation, a Pakistan Army convoy was moving through the Dera Bugti district of Balochistan, when an explosion hit them. Six dead bodies were recovered from the site, while two people have been injured in the incident. They have been sent to Rahim Yar Khan in the Punjab province in order to provide better treatment.

While the Pakistani authorities are extremely tight-lipped about the incident, it is not the same with the Baloch freedom fighters, who are extremely vocal about their involvement in the same.

Sarbaz Baloch, spokesperson of the Baloch Republican Army, informed various media sources about the incident as his organization claimed responsibility for the same.

To quote his address to the media, “Six troops were killed while a vehicle was completely destroyed in a remote-controlled IED blast. We vow to continue targeting Pakistani forces until the establishment of a free and sovereign Baloch state.”

For those unaware, Balochistan has been fighting for complete independence from Pakistani rule. They were assimilated into the Pakistani territory against the will of the local citizens, and despite years of Pakistani oppression and tyranny, the call for freedom in Balochistan is still intact.

This is not the first instance of the Baloch freedom fighters attacking the Pakistani establishment. Only a week ago, a suicide explosion in Quetta, more than 9 Pakistani soldiers were killed and at least 11 were injured after the attack.

According to a report, the Balochi Raji Ajoi Sangar (BRAS) had claimed responsibility for that attack. This attack had occurred hours before the official visit of the Crown Prince of Saudi Arabia, Prince Mohammad Bin Salman to Pakistan.

To be honest, it seems as if Pakistan is being paid divine retribution for executing the Pulwama attack. Be it the economic boycott, or the cultural ban and now their own turning against them, Pakistan is now getting a taste of their own medicine. It wouldn’t be long before the terrorists are themselves annihilated for their repulsive actions, and only Pakistan will be responsible for the destruction, none else.