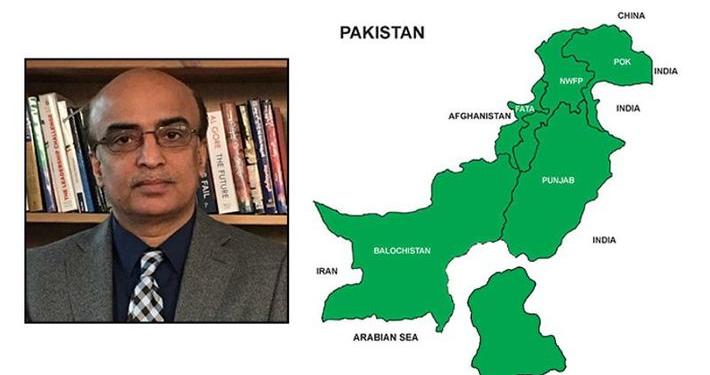 According to a My Nation report, Sindh nationalist and anti-Pakistan imperialism activist Shafi Burfat urged India to bring all the Pak military and naval establishments to ruins, but spare civilians in Sindh in case of an attack.

According to My Nation report, Shafi Burfat in a video released on Twitter, said, “Pakistan is a rogue nation and its army and other establishments meddle in India and repeatedly sponsor terrorism. As a representative of the Sindhis, I want to say to Indians that we as a community dissociate ourselves from the nefarious activities of Pakistan and its army.” He further said, “The Punjabi army of Pakistan meddles and exports terrorism to India. When the Indian army attacks, we Sindhis are the first to suffer. Why should we suffer for Pakistan’s misdeeds? I call upon the Sindhi community to dissociate ourselves from Pakistan. When India attacks we Sindhis, Pashtuns and Balochs will not stand with Pakistan army.”

Shafi Burfat said, “I want to tell the political leadership of India that if it retaliates to the war that has been thrust on it by Pakistan, we Sindhis do not consider India to be our enemy or adversary.” He went on to add, “If India promises us that they will not attack and destroy our civilian works such as irrigation system, we shall not give the Pak army even a glass of water. They can destroy, however, the military and naval establishments in Sindh.”

Shafi Burfat is the founder and current chairman of Jeay Sindh Muttahida Mahaz (JSMM), a liberal political party in Pakistan’s Sindh province. The organization demands freedom of ‘Sindhudesh’ from Pakistan. On 1 April 2013, Pakistan has declared JSMM as a terrorist organisation and banned it. Burfat is a fugitive in hiding from the last 24 years.

The idea of Sindhudesh is also very popular among people of Sindh. It was first proposed by Sindhi nationalists. They demanded creation of a Sindhi state, which would be independent from Pakistan. Sindh is the member of UNPO and its declared as Occupied & Unrecognized territory by the Unrepresented Nations and Peoples Organization and Sindh is represented in (UNPO) by the World Sindhi Congress.

In Punjab region, the Seraiki-speaking people demand an independent, linguistically homogeneous province. Besides the Saraiki issue, within Punjab also, there is a huge divide between southern Punjabi ‘feudals’ and northern Punjabi ‘industrialists’ who feel superior to the others. Punjab is home of radical Islam. Radicalisation, sectarian and ethnic violence have become the identity of Punjab province. The headquarters of the Tablighi Jamaat in Raiwind, Lashkare-Tayyeba (LeT) is also in Punjab province.

Karachi city is symbol disunity of Pakistan. It continues to be engulfed in major ethnic and sectarian battles among the migrant Mohajirs, Pakhtuns, Punjabis, Baluchis and the indigenous Sindhis and also, the Shia-Sunni conflict.

North-West Frontier Province/Khyber Pakhtunkhwa (NWFP/KP) is the second poorest province of Pakistan, after Baluchistan, with a dismal state of literacy and health care facilities. Pashtuns and Hazaras are the dominant ethnic group of the region. The region shares boundary with Afghanistan. The region is home of Pashtunistan movement. Unrest and violence are daily rituals of the province.

Federally Administered Tribal Areas (FATA) is almost a semi-autonomous tribal region which shares border with Afghanistan and is largely inhabited by the Pashtuns. It is also home of many Afghan Mujahideen, local terrorist groups like Tehrik-e-Taliban Pakistan (TTP), Afghan Taliban. Pakistan Army launched many operations in the region but failed to achieve their objective. Tribals and terrorist responded strongly and Pakistan Army was made to lick the dust.

In Pakistan-occupied-Kashmir also there are hundreds of movements are going on against the Pakistan Army and political establishment. Gilgit-Baltistan also demands independence from Pakistan imperialism.