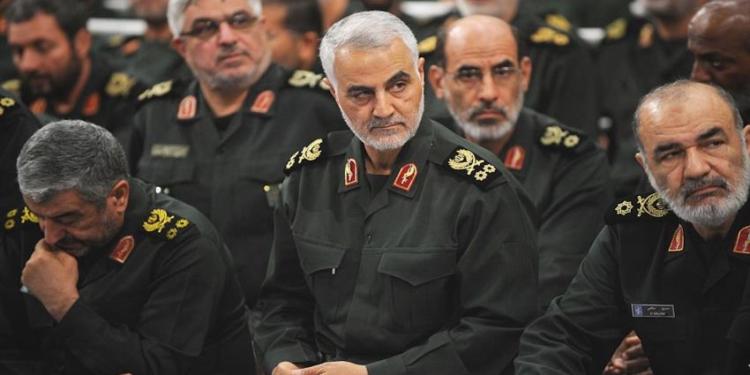 The fact that Pakistan is the hotbed of terrorism in the region surrounding it is becoming clearer day by day. After the Pulwama terror attack, the country was internationally isolated and India took stern action against the Jaish-e-Mohammed (JeM) in the form of an airstrike on the terror training camp located in Balakot, Pakistan. And now even Iran has threatened to take action against Pak-based terror outfits.

General Qassem Soleimani, the all-powerful commander of the IRGC Quds Force came down heavily on the terrorist country for instigating terror in its neighbouring countries. He said, “I have this question for the Pakistani government: where are you heading to? You have caused unrest along borders with all your neighbours and do you have any other neighbour left that you want to stir insecurity for.” Making it clear that Pakistan should not test Iran’s resolve, he added, “Are you, who have atomic bombs, unable to destroy a terrorist group with several hundred members in the region?” It must be kept in mind that the Pakistani government and its military establishment have been constantly chest-thumping about being an atomic power. Pakistan has been constantly trying to instill fear among its neighbours on the premise that it is an atomic power.

What reveals the growing animosity in bilateral relations between Iran and Pakistan is the fact that even the top aide of the Supreme leader of Iran, Khamenei, Major General Yahya Rahim Safavi has severely criticised Pakistan and said, “These criminal outlaws were from one of the tribes of Balochistan who had been trained on suicide operations in the neighbouring country, and the neighbouring country and the ISI should account to the Iranian government and nation and the IRGC for how they have crossed the borders of that country and why this neighbouring country has turned into a safe haven and a place for training and dispatch of these infidel terrorist grouplets (to Iran).”

What Iran is going through is easily understandable. Just like Iran, we are also facing the menace of Pakistan-based terror groups. And just like India, Iran also has the right of crossing over into the neighbouring country and decimating the terror groups being raised on its oil. India must closely observe the hostile relations between Pakistan and Iran. Pakistan being a terrorist country is not going to stop its insidious activities. India must ensure that it closely allies with the Iranian leadership and take strong measures towards helping Iran, directly or indirectly, in combating Pakistan-based terror groups.