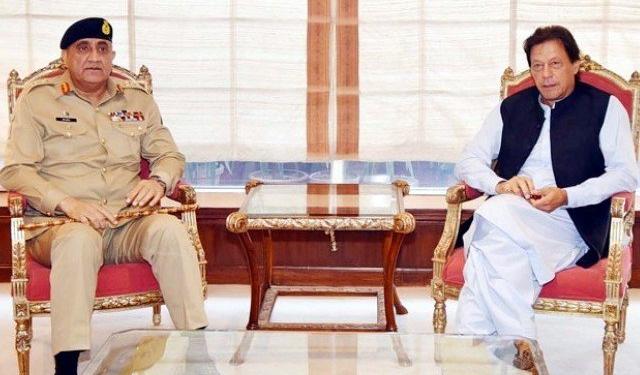 Pakistan is called a terrorist state for a reason. This label that our neighbour has earned is not a result of the mushrooming of terror factories and outfits on its soil but an active state policy that promotes, protects and harbours terrorist organisations and outfits. As per a Pakistani journalist, the government is all set to recruit members of banned outfits as para-military troops. He tweeted, “Pakistan decided to take over madrasahs of banned outfits and recruit their members in para-military troops in December 2018 but implementation delayed due to financial constraints now Govt decided to allocate funds for this project in coming budget @Asad_Umar.”

Till now, Pakistan came under fire for producing terrorism on its soil. It was being internationally pressured to crack down on the safe havens for terrorism within the country. Pakistan has now found an innovative solution to that end. In order to get rid of the “terrorist” label, the Pakistani government will take over “madrasahs” (read terror training camps) of “banned outfits” (read terror groups) and recruit their “members” (read fundamentalist jihadi terrorists) as para-military troopers. This basically means that Pakistan plans to get rid of all terrorist outfits operating on its soil and the terrorists will then take over their para-military forces. Pakistan will therefore, be able to boast of cracking down on terror outfits and still export terror into other countries but in the form of state-recognised elements.

What Pakistan is doing is that it is creating the next ISIS which will threaten its neighbours in a big way. The Pakistani para-military forces will follow recruitment policies that will bear uncanny similarity with the ISIS policies. As on 2013, Pakistan para-military forces had a strength of 420,000 members. One can only imagine the kind of monster that Pakistan is on the verge of creating. Lakhs of para-military members at the doorstep of being radicalised into fundamentalist elements will create a terrorist group way stronger than the ISIS is.

It must be for the first time that a country which claims to be a democratic and sovereign state is going to recruit terrorists into its regular para-military forces. Pakistan is now officially set to use terror as an active instrument of state policy. This means that Pakistan is no longer a country that actively promotes and protects terror outfits. This is the first step towards turning into a country that is ruled by terrorists. Things are going to get uglier even as terrorism is going to get homogenously mixed with the Pakistani state. While the ISIS was seen as a threat to world peace and order, it is virtually impossible for someone to compare the Pakistani para-military forces with the ISIS. Without being immediately seen as a threat to world peace and order, Pakistan will emerge as a much bigger threat for world peace and order.

This also exposes those who used to argue that while the Pakistani military establishment has an overbearing presence in the country, its civil establishment and the government wants to make peace with India. Pakistani government is hands in glove with its military. Both these wings of Pakistan have been responsible for generating terrorism and together they might just create the biggest terror menace this world has ever seen. India must vocally expose how Pakistan is going to make terrorism a part of its state apparatus. The entire world must be made aware about this big threat that is about to come true. Before Pakistan is able to mix terrorism within its apparatus beyond possible detection, all responsible forces around the world must come together and pre-empt Pakistan’s nefarious designs.