Scared of further action from India, Pakistan is taking some desperate actions 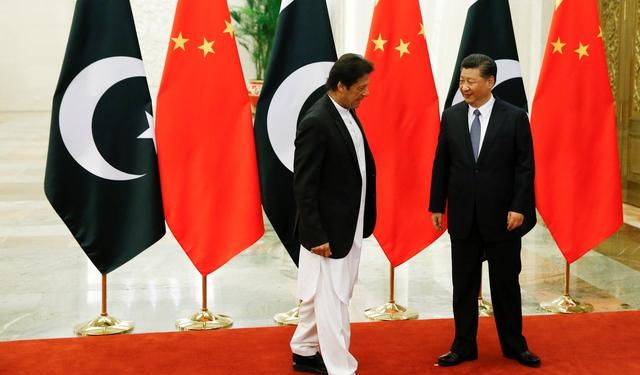 Rattled by the successful anti-terror operation in Pakistan by the Indian Air force, Pakistan has again sought help from its Godfather in the region, China. According to media reports, China has deployed troops of the People’s Liberation Army (PLA), which is the personal army of the Communist Party of China, in the Sindh province, just 90 km from the international border. With mounting pressure from the international community on Pakistan over terrorists operating from Pakistan’s sovereign territory, this move of deployment of troops comes as India maintains its firm resolve to combat terrorism with all necessary means and measures. India’s firm resolve and proactive stance has surely impacted Pakistan’s deep state’s comfort and security condition in an adverse way. Some even terming Pakistan to be ‘scared’ of India.

Tensions between India and Pakistan have further heightened after a deadly terror attack by Pakistan based terror group in the Indian state of Jammu and Kashmir, which killed more than 40 soldiers of the Central Reserve Police Force. India promptly assessed the situation and in a pre-emptive anti-terror strike, Indian Air Force destroyed a major terror camp in Balakot, Pakistan in which according to intelligence reports around 300 terrorists could have been killed in action. The Indian forces successfully entered in Pakistani territory and destroyed terror camps without being detected by Pakistan’s air defence radar systems.

This major anti-terror operation by India had clearly woken up Pakistani establishment from its long slumber. India in the past had been in a defensive mode over terrorist aggression, with the charge in hands of a new government and confidence from the armed forces, India’s new policy stand of replying terror with necessary force is clearly not going down well with the Pakistani deep state. Pakistani forces that are scrambling to prevent any further pre-emptive action by India are distinctly incapable of countering India’s military might. Military practices in Pakistan and the gloomy past record of the Pakistani forces against India is a clear indicator of Pakistan’s incapability to counter India hence Pakistan sought help from China.

China has been notorious with its support to the terror nation. China’s ambitious CPEC project which runs through the POK and the whole length of Pakistan, has further increased China’s economic exposure to the terror sponsoring nation. Giving in to economic greed, China has decided to support the terror nation and safeguarding the terrorist organizations, breeding on its ground, from actions of the international community. Pakistan based terror groups are responsible for destabilizing not only India but the whole South Asian Region. China in the past has also blocked several attempts of international organizations like the UN to put sanctions on JeM Chief Masood Azhar, leader of the terror group Jaish-e-Mohammed, and other designated terrorists roaming free in the neighbouring country.

Reports over China citing deployment of troops for protection of its economic interests in the region also seem contrary to the developing situation.

China has reportedly also installed its air defence systems around major cities in Pakistan to deter further actions by the Indian forces. This urgency by Pakistan to counter India’s anti-terror efforts again reiterates its unending support for the terror factories operating out of its territory. China’s stand also dissociates it with values and principles, it rather indicates that China’s self-interest has trumped over security in the region and the value of human life.