Pakistan admits use of F-16 jets against India, says it was ‘self defence’ 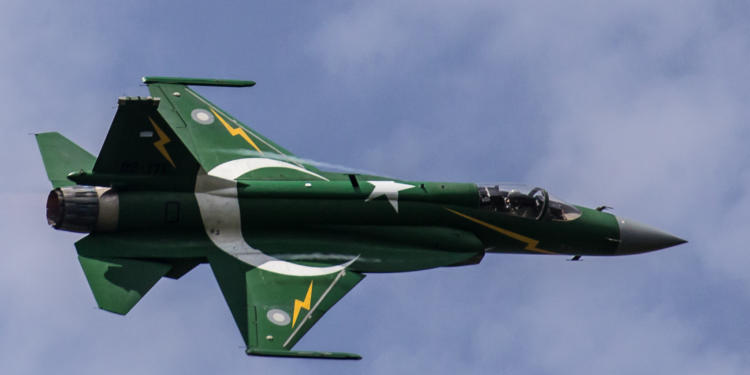 Pakistan for the first time on Monday admitted that the PAF had used F-16 jets against India on February 27. For weeks, Pakistan had been claiming that the country’s air force had not used F-16 fighter jets against India day after the Balakot airstrike in which IAF jets bombed Jaish-e-Mohammed terror camps. This change of stance from the neighbouring country comes after New Delhi and Washington put up credible evidence about the use of F-16 jets against India, which thoroughly exposed Pakistan’s lies.

Back in 1980, Pakistan’s defensive excitement saw no bounds as the United States agreed to sell the country F-16 fighter jets. Though the decision went decades of uncertainty with India applying pressure, the deal was finalized with Pakistan making the full payment towards the jets in 2015. The jets were only to be used in cases against terrorism, aimed at the self-defence, as per the end user agreement between Pakistan and USA. India, however, felt from the very beginning that Pakistan will use the technology against India, which is exactly what happened on 27th February when Pakistan used the F-16 plane to attempt an air strike on military installations in J&K. Pakistan, though denying the use at first, has acknowledged that F-16 jets were ‘airborne’ during the operation to attack Indian targets.

The F-16 fighter jets were top of the class, highly maneuverable, supersonic and multi-role tactical fighter aircraft. Pakistan has been consistently denying the use of the jets, as acceptance will lead to huge repercussions for the hostile country. To save face, Pakistan had been claiming to have used Chinese JF-17s. To counter this false claim, South Block officials had shared call signs associated with PAF F-16s, and specific details of the AIM-120 Advanced Medium Range Air To Air Missile (AMRAAM) used by the intruding fighter jets with the US through institutionalised intelligence channels. With mounting evidence from USA and India, Pakistan has had to tweak its stance.

Pak military’s ISPR statement said, “Later when 2 Indian jets crossed LOC they were shot down by PAF. Whether it was F16 or JF17 which shot down 2 Indian aircraft is immaterial. Even if F-16 have been used as at that point in time complete PAF was airborne including F16s, the fact remains that Pakistan Airforce shot down two Indian jets in self defence.”

The earlier denial had been linked to the condition imposed by the United States that the fighter jets will not be used in aggression against any other country, but only in the war against terror. The US does not allow F-16s to be used in an offensive role and has incorporated a number of restrictions in the deal.

While the exact details of the restrictions were discussed in a closed-door session, and thus remains classified, John Miller the then Assistant Secretary of State for Political Military Affairs then broadly outlined some of the restrictions, including,

According to Pentagon’s Defense Security and Cooperation Agency (DSCA) F-16 jets were meant to be used to “enhance Pakistan’s ability to conduct counter-insurgency and counter terrorism operations”. “There is a two-man rule, so to speak, for access to this equipment and restricted areas, and F-16 flights outside of Pakistan or participation in exercises and operations with third nations must be approved in advance by the United States government,” the top State Department official had once said. Perhaps Pakistan misinterpreted the terms and instead believed they were supposed to use the jets for terrorism instead of against terrorism.

A key member of Pakistani Prime Minister Imran Khan’s cabinet, Chaudhary Fawad Hussain stated on this, “We purchased them from America and didn’t get them in a grant. So we’ll decide where to deploy them. F-16 jets will be used for the purpose for which they are needed.”

What is most intriguing here is that Pakistan Armed Forces spokesperson Maj Gen Asif Ghafoor Ghafoor has claimed, “We engaged a nearby open space where there were no human lives or military posts. We deliberately avoided the escalation. We only wanted to demonstrate that we could have easily taken the original target, which was their administrative setup and military post. But we did not do that.”

What the world is unable to comprehend is why did Pakistan have to deploy their top of the class anti-terrorism aircraft to “demonstrate” something to India?

On one hand, Pakistan is claiming to only want to “demonstrate” something to India, while on the other hand they are blatantly accepting the use and claiming overtly to use their jets for their own personal vendettas. Pakistan, squirming like a fish is getting into deeper conflict with each statement and irrespective of whatever they claim, the fact remains that the F-16 end-user agreement with the US has been breached. Unfortunately for Pakistan, the United States, which is the largest seller of high-tech defence equipment globally, and comply to a strong end-user monitoring agreement, takes all allegations of misuse of defense articles very seriously. Accounting the publicly available documents, it could be drawn that the US has in the past also imposed over a dozen restriction on Pakistan related to its use of F-16. This violation of end user agreement can have severe consequences for Pakistan as the US could demand grounding of F-16 jets by Pakistan in response to the breach. Pakistan by their pompous display of bravado has not only lost an F-16 but also might lose their entire fleet on F-16 jets.