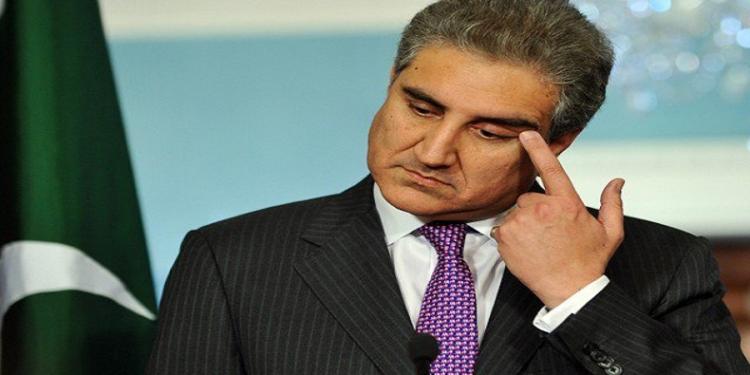 Ever since tensions started escalating between India and Pakistan following the dastardly terror attack on a CRPF convoy by Pakistan-based terror group, Jaish-e-Mohammed (JeM), India has made it a point to diplomatically isolate the terrorist country. It seems that India’s diplomatic offensive is working wonders even as Pakistan Foreign Minister, Shah Mahmood Qureshi has expressed the fear that Pakistan could be blacklisted by the Financial Action Task Force (FATF) due to “lobbying by India”. He also estimated that Pakistan will suffer a loss of USD 10 billion if the country continues to remain in FATF’s greylist. FATF had kept the terrorist country in the greylist. The list includes those countries whose laws are considered weak to tackle the challenges of money laundering and terror financing.

Qureshi reportedly told the reporters, “The Foreign Office is calculating the annual loss if Pakistan is pushed in the black-list by the FATF as India is lobbying for this,” at the Governor’s House. Recently, a group of experts from the FATF visited the country in order to assess whether enough progress was made in Pakistan on global standards against financial crimes to warrant its exclusion from the greylist. In what must have come as ominous signs for Pakistan, the team of experts from the FATF reportedly raised questions about actions taken against the proscribed terror organisations active in the country. The team members reportedly said that activities of banned terror outfits and non-profit organisations are still unchecked at the district, provincial and grassroots level. It seems that Pakistan has not been able to disillusion the FATF about the reality of terror organisations which are active in the country.

It had been reported that after the Pulwama terror attack, India had decided to lobby for the blacklisting of Pakistan in the Financial Action Task Force (FATF) plenary meeting. Being blacklisted by the FATF entails far-reaching consequences. If a country is blacklisted, it has to face international sanctions. The countries which are included in the blacklist are not allowed to issue government bonds through which the government of a country borrows from the international market. Last month, it was reported that Pakistan fears that if the country was blacklisted, it would be very unlikely to get a bailout package from the International Monetary Fund. The country is seeking a 12 billion dollar loan from the global lender as it has the foreign exchange to finance imports of only two months. If a country is blacklisted, global lenders like IMF, ADB are very unlikely to give loans and the rating agencies also downgrade the sovereign ratings. The global terror financing watchdog has reported 8,707 suspicious transactions in Pakistan in 2018. The FATF presented a 10 point action plan to achieve 27 targets against terror financing in the country. Jamat-ud-Dawa (JuD) and Falah-e-Insanyat Foundation (FIF) were banned by Pakistan when the meeting of FATF was going on and the organization was considering ‘blacklisting’ the country. The Financial Monitoring Unit issued 8,707 suspicious transaction reports (STRs) against 5,548 STRs in 2017, which shows a 57 percentage increase. 1,136 STRs were issued in January and February alone.

It seems that the neighbouring country has realised that it is on the back foot as far as international relations and diplomacy are concerned. India has been able to expose how Pakistan has been actively sponsoring and abetting terrorism. The fact that the Pak foreign minister has admitted the real possibility of the terrorist country being blacklisted by the FATF shows that the terrorist country is all set to be punished for its misdeeds. It seems that India has been able to corner Pakistan effectively and decisively.

Pakistan admits use of F-16 jets against India, says it was ‘self defence’