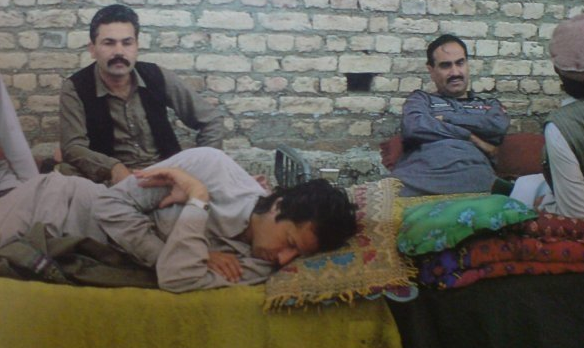 International Monetary Fund (IMF) may delay the loans to debt-ridden Pakistan. IMF officials were expected to visit Islamabad by the end of this month. The bailout package deal was to be finalized after the visit, but the global lender postponed the visit and asked assurance from Pakistan and China that the bailout package would not be used to repay Chinese debt. “So, the IMF mission is now more likely to visit Islamabad in May, not April,” said a Pakistan government source to Dawn. Pak finance minister would visit China in the last week of this month to discuss IMF’s conditions.

If concluded, this would be the 14th IMF package to Pakistan. The Bretton Woods Institutions has put many tough conditions for loans to the cash strapped country. The transparency regarding all transactions related to China is necessary to get loans. China has given commercial loans worth 6.5 billion dollars to the country in the last two and a half years. The dragon also deposited 2 billion dollars in State Bank of Pakistan, the central bank of the Islamic nation. IMF also demanded information on all China-Pakistan dealings like submarine procurement, nuclear power plant, joint manufacturing of JF-17 and details regarding China Pakistan Economic Corridor.

IMF also demand reform in tax structure, increase in the tax base, lowering the taxation limit, ending tax concessions on businesses, and market-oriented exchange rate. Pakistan has agreed to all these conditionality’s but the major problem is the revelation of information regarding dealings with China.

Earlier, three US lawmakers expressed “deep concern” over IMF bailout package to Pakistan. The lawmakers suspect that the bailout package lent by IMF would be used by Pakistan to repay the huge Chinese debt it has accumulated over the years. Ted Yoho, Ami Bera and George Holding wrote a letter to Treasury Secretary Steven Mnuchin and Secretary of State Mike Pompeo that Pakistan will use the IMF loan money to repay CPEC debt.

“We write to express our deep concern over attempts made by the Government of Pakistan to seek a bailout deal with the International Monetary Fund to retrieve debts incurred from predatory Chinese infrastructure projects,” said the US Congressmen in the letter. The Islamic republic has borrowed a huge sum of money to finance the $62 billion CPEC infrastructure project. “Its debt repayment and profit repatriation terms are not transparent and have understandably raised concerns inside Pakistan,” said the lawmakers

The messed up public finances of the country will be a huge problem for the newly elected Imran Khan who promised ‘Naya Pakistan’ to his electorate. A few months back China bailed out the country by giving one billion dollars to pay for its imports. Large capital flight has taken place from Pakistan due to political instability in the country since last year. This dried up the country’s foreign exchange, making it difficult for them to finance its imports which are increasing due to projects like the CPEC and the burgeoning demand from the urban middle class. There is no certainty in the policies of this country because the governance keeps changing hands between the Army and pseudo-democratic regimes. Foreign investors pulled out almost 857 billion Pakistani rupees ($7 billion) from the Pakistani stock exchange because they could not see any stability in the country. There is a serious balance of payments problem in the country as the imports are at an all-time high, while exports and foreign investments are very low.

The Trump administration has been highly critical of the country and its closeness with China. The US also stopped the billions of dollars of security help to the terror funding country. Given the influence US carries over the IMF, the neighbouring country will face huge problems in getting another IMF bailout.