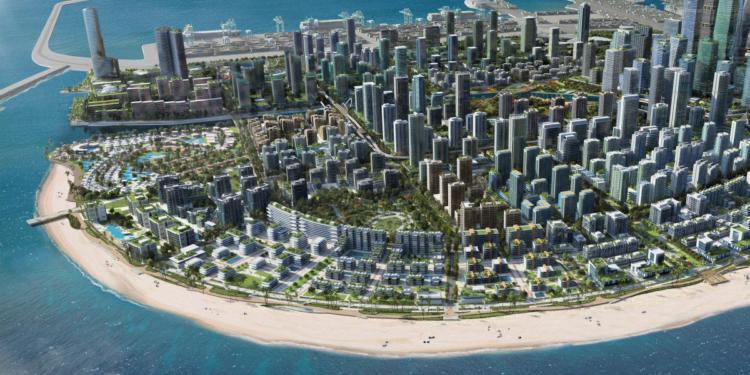 It seems that Sri Lanka has not learnt its lessons post the Hambantota fiasco. As per latest reports, Port City Colombo, an ambitious project to build a metropolis funded by the Chinese is going to come up at a popular spot in Sri Lanka’s capital. The project is going to be spread over a mammoth 665-acre island reclaimed from the sea.

This has brought back the ghosts of the Hambantota project. The memory of the controversial Hambantota project is still fresh in Sri Lanka’s memory. The Party City Colombo Project is going to double up the size of Colombo. It will add an area the size of Central London to Sri Lanka’s capital city. As per Jagath Munasinghe, chairman of Sri Lanka’s Urban Development Authority, “It’s the first time we got the opportunity to develop an entirely new city on a blank piece of land.” The Port City project is a part of the controversial Belt and Road Initiative (BRI) whereby China has been trying to expand its influence massively. The metropolis project is being financed by a US $1.4 billion loan that has been issued by China Communication Construction Company, the giant state-owned engineering firm.

It seems that the present Sri Lankan regime has not kept the Hambantota fiasco in mind. During President Mahinda Rajapaksa’s regime, the Hambantota port had come up. Financed by the Chinese despite adverse feasibility reports and refusal by India for such a project, the port turned out to be a miserable failure. While tens of thousands of ships passing through the busiest shipping lanes in the world, the Hambantota port drew only 34 shapes in 2012. The Rajapaksa regime was ousted in 2015 but the new government struggled to discharge the debts taken by the Rajapaksa regime. Finally, Sri Lanka had to hand over the port and a mammoth 15,000 acres of land around it to the Chinese. This was strategically crucial for China as it gained foothold just a few hundred miles off the shores of India. This became a critical example of how the Chinese use ambitious loans and financial aid in order to gain a foothold in other countries.

China is naturally interested in the island nation. Sri Lanka’s geographical location is the cardinal reason for China’s heightened interest in the country. Located just south of India, it is not only lending China an advantage over India which is seen as a potential challenger to growing Chinese hegemony but also opens up China’s access to rapidly developing markets on the subcontinent. The Chinese strategy of bargaining sovereignty by financing unfeasible, mammoth projects became pretty clear after the Hambantota fiasco. Sri Lanka must comprehend how the Chinese are using rising debt as a medium for intervention in Sri Lanka’s sovereignty. Sri Lanka endured it once, it must take care to ensure that it does not have to go through the same all over again.