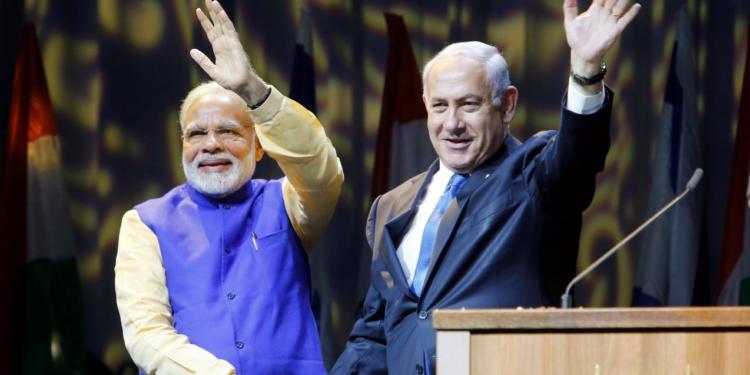 India has always taken an overly cautious stance in the past when it comes to the Israel-Palestine issue. Traditionally, India has adhered to a bilateral approach and has advocated peaceful co-existence between the two countries. In this regard, India recognized Israel as a separate state in 1950, 2 years after its creation, and since then has tried to maintain equilibrium by not taking sides during their various issues on boundaries and violent surges. However, due to the association of Palestine with the Islamic bloc (OIC), which is responsible for fulfilling the majority of India’s oil demands, the country has voted in Palestine’s favor in the past. Indian government’s domestic political compulsions vis-a-vis Muslim community has also largely shaped its policy towards Israel-Palestine issue. This stance changed yesterday when India voted for Israel’s in the UN council.

It had come to light that the Palestinian organization, operating from Lebanon under the name ‘Shahed’ had ties with the militant group Hamas, which rules the Gaza Strip. According to Israel’s security establishment, “Witness belongs to the Hamas movement and acts on its behalf against Israel as part of a network of institutions and organizations the terrorist organization operates outside the Gaza Strip.”

In this, India had been one of the 28 countries who voted in Israel’s favour alongside Brazil, Canada, Colombia, France, Germany, Ireland, Japan, Korea, Ukraine, United Kingdom, and the United States. Thereafter, the Council decided to return the NGO’s application.

So far, when it comes to voting in UN on Israel-Palestine issue, India has sided with the Islamic bloc. From being the first non-Arab country to recognize  Palestine Liberation Organization in 1974 to co-sponsoring the resolution that made Palestine a ‘non-member state’ of United Nations General Assembly, India has always been at the forefront for Palestine’s rights in the UN. The reason for this was two-fold, arising from domestic and international compulsions. The first one was appeasement to the minorities. The leftist parties in the country and the Indian Muslim community have opposed any relationship with Israel in the past as they firmly reject the two-nation solution offered by the UN, believing that Israel has imperialized and colonized Palestine. In this regard, the left parties had even staged a protest against Israel’s policies when Israel Prime Minister Benjamin Netanyahu had visited India in 2018 to hold talks with PM Modi.

The 2nd reason and a more crucial one lie in maintaining diplomatic relations with Palestine. Palestine’s cause is supported by the Arabic countries, with whom India has deep trade ties. This is mainly in terms of oil imports. 82% of India’s crude oil is imported from OIC nations. A large number of Indian exports also take place. In the financial year of 2016-17, India’s volume of trade with Arab countries stands at $200 billion, which includes $81 billion in exports and imports of $119 billion. Apart from this, a large number of Indian diaspora lives in the Arab countries which is a source of remittance.

Nevertheless, over 40 years of friendship with Palestine reaped no rewards for India. The Arab world and the OIC, have supported Pakistan in the Kashmir issue and have blamed India for atrocities committed in Kashmir. On the other hand, Israel has always taken a strong stance against terrorism and has unconditionally sided with Indian interests over the Kashmir issue. Now, by voting for Israel, India has not only defied Palestine but also this very Islamic bloc and by this, it has asserted that from now on India will establish a relationship with these countries on its own terms.

India is a rising superpower and is acting thus, fitting to its stature. The earlier compulsions of supporting the OIC due to oil demands are no longer there as the world today is a buyer’s market. India knows that it has more leverage over the Islamic countries than they do over India now. Moreover, oil demand or otherwise, India has proved that it would not let anything cloud its pro-active stance against world terrorism.