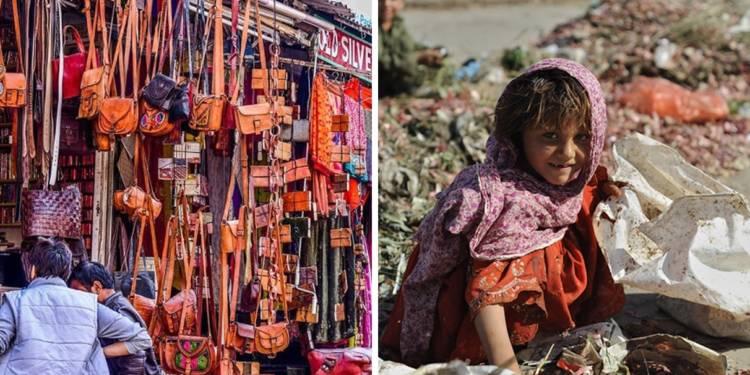 King Solomon of Israel had a unique problem at hand. Two women had arrived in his court with a child which both of them claimed as their own. Everyone present in the court was puzzled. How do we decide which woman is the true mother of child and which one is an imposter? After a little bit of deliberation, King Solomon asked for a sword and declared that since it is impossible to decide the authenticity of the claims, the baby would be cut in half and one part each will be given to the two women. Upon hearing this, one of the women exclaimed, “Give the baby to her, just don’t kill him!” King Solomon promptly awarded the custody of the baby to that woman declaring a mother would rather give up her child than be the cause of his misery.

Perhaps this Biblical story is the best analogy for the two parts of Kashmir which went to different countries. One is the Pakistan Occupied Gilgit-Baltistan region and the other one is Indian Kashmir. The stories of the two Kashmir since the separation are starkly different. While Gilgit-Baltistan faced persecution, forced displacement, demographic changes, the Indian Kashmir, despite unrest, witnessed economic growth, prosperity and development.

While Pakistan treats the forcefully occupied part of the state as a piece of land, devoid of any people or human rights, treating it as a prize won from India in a display of power; India believes that the state is an intrinsic part of the country, which it is, given the fact that the entire state with all its regions was legally acceded to India in 1947. India has carefully nurtured and developed the area, like it would have, for all the citizens.

In this regard, it is pertinent to note that overall, the state of health, education and other socio-economic condition of Jammu & Kashmir is better than many other well-off states of the country. The more important fact is that much of the money for this expenditure is coming from the pocket of the central government. Jammu & Kashmir is one of the most pampered states of the country with 73.6 percent of the state’s total revenue from central government while the state generates only 26 percent of total revenue. 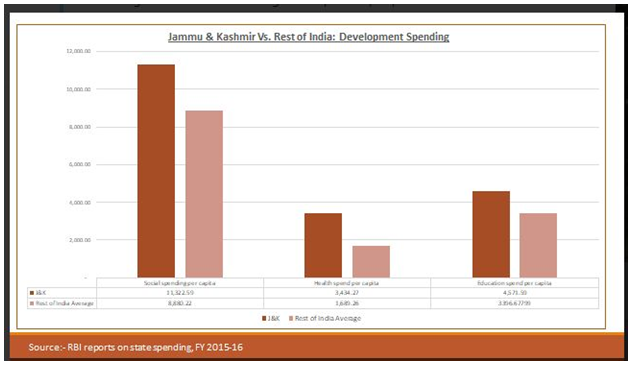 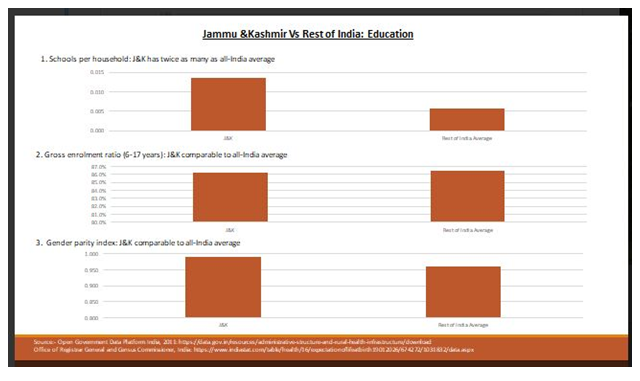 Jammu & Kashmir performs very well on the development indicators and money for the development expenditure comes from central government. The state generated only 27 percent of revenue from its own resources compared to 51 percent for Uttarakhand which has the almost same population base. The states like Maharashtra and Tamil Nadu generate 75 percent and 72 percent of total revenue from their own resources.

Thus, as is aptly illustrated, the central government of India has treated Jammu and Kashmir as a state deserves to be treated, focusing on the development. The policies have been extremely people friendly. Pakistan on the other hand, just wants a piece of lands irrespective of the atrocities being suffered by the individuals in Gilgit-Baltistan. It has been treated as a separate geographical entity by Pakistan over the years. Matters are so extreme that even though Pakistan claims to control the territory, Gilgit-Baltistan does not find any mention in Pakistan’s Constitution.

Over and above the fact that Pakistan refuses to cater Gilgit-Baltistan’s intrinsic needs, the country has also been trying to change the demography of the region for decades. In 1970s, former Pakistan Prime Minister Zulfiqar Ali Bhutto had abrogated the State Subject Rule to allow Sunni Muslims to settle down in the Shia-dominated Gilgit-Baltistan. This has worked in Pakistan’s favour geo-politically, but the condition of the people in Gilgit-Baltistan remains as deplorable as ever.