The first shot has definitely been fired 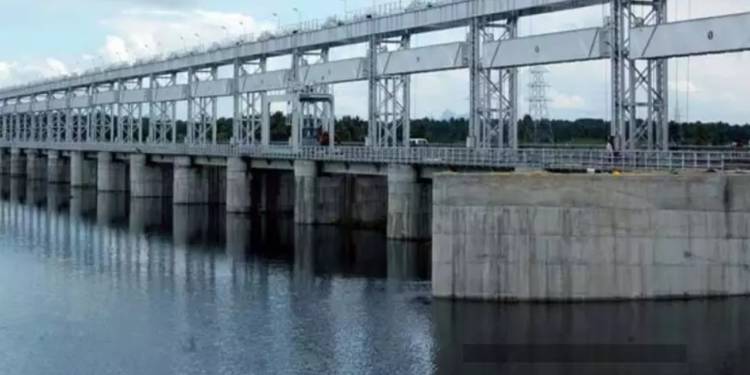 Taking a retaliatory action against Pakistan’s move to defame India, the government has decided to stop sharing hydrological data with Pakistan. Hydrological data is very important in flood management and therefore lack of data will severely impact Pakistan’s ability to respond to floods. The Modi government will not renew the 1989 agreement of sharing hydrological data which is renewed every year in normal circumstances. The agreement was a ‘good will gesture’ and the Pakistan government has showed no goodwill to India in last few months and therefore there the country will no longer share the data.

The refusal to share data is the first step to weaken the neighboring country and start water wars. Following the Doklam standoff in 2017, China had stopped sharing hydrological data of Brahmaputra River for two years straight but has resumed the data sharing only this year. China used to provide data on three points namely Nugesha, Yangcun and Nuxi on the mainstream of Brahmaputra.

India stopped the data sharing due to Pakistan’s irresponsible behavior after the abrogation of Article 370.  “This was the arrangement beyond the IWT provisions as a gesture of goodwill from India. This arrangement was being renewed every year since 1989 with modifications as and when required,” said P K Saxena, Indian Commissioner for Indus Waters. But Saxena clarified that India’s commitment to IWT remains the same.  “India as a responsible nation is committed to the provisions of the IWT,” said Saxena.

However, it seems that Saxena is replying in typical bureaucratic language on the IWT issue as Indian government’s stance on IWT treaty since the Pulwama attack has remained very tough. “Work has already begun to stop the waters that flow into Pakistan (under IWT). I am talking about the water which is going to Pakistan, and I am not talking about breaking the Indus treaty,” The newly appointed Union Jal Shakti (water resources) minister Gajendra Singh Shekhawat had said earlier

As India start projects to use its share of water in the Indus Water System, Pakistan is facing severe water crisis. Water scarcity is one of the biggest issues of Pakistan with many organizations estimating water shortage in the country by 2025 if adequate number of dams are not built. Pakistan’s Prime Minister himself urged the Pakistanis living in other countries to donate generously. He called upon the expatriate Pakistanis to take part in this ‘jihad’.

Water volume of about 140 million-acre feet (MAF) flows from the three western rivers (Indus, Jhelum and Chenab) of Indus Water Basin to Pakistan. As per the Indus Water Treaty, 1960 Pakistan is allowed to use almost 80 percent of the water from the three western rivers. India has full rights over three eastern flowing rivers (Sutlej, Beas, and Ravi) of the Indus river basin. However, over the years India has generously given uninterrupted flow of water from these rivers to Pakistan. But in the wake of the deterioration of relations with the Islamic Republic, the future of IWT and Pakistan does not looks very promising.