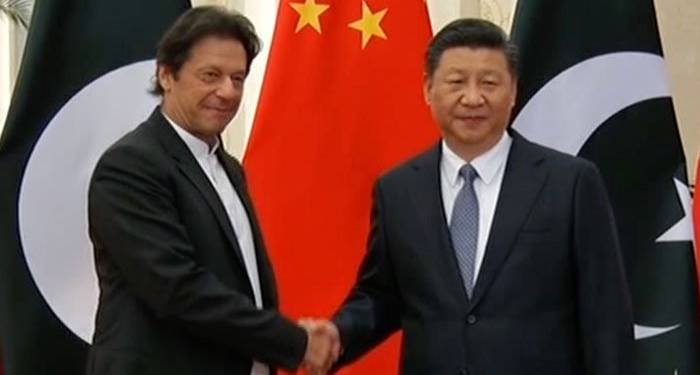 Pakistan and its all-weather ally China were slammed by United Nations for gross violation of human rights and treatment of minorities. In the UN meet on Safety of Religious Minorities, three countries- the United States, the United Kingdom, and Canada expressed their grave concerns on the treatment of religious minorities in China and Pakistan.

The three countries raised the discrimination faced by Hindus, Christians, and Ahmadis in Pakistan. These communities were persecuted in Islamic nation for decades but the atrocities registered exponential increase in the last few years. In China, Uyghur community, most of whom are Muslims, face wrath of majority Han community. The other communities which are badly treated by Chinese government are Kazakh, and other Muslims, Tibetan Buddhists, Catholics, Protestants, and Falun Gong.

“We remain deeply concerned about the Chinese government escalating widespread and undue restrictions on religious freedom in China. We urge the Chinese government to respect the human rights and fundamental freedoms of everyone in that nation,” said Sam Brownback United States Ambassador-at-Large for International Religious Freedom.

This is a tight slap on the face of Pakistan which looked unnecessarily concerned over Kashmiri Muslims. The minorities in Pakistan are treated as second class citizens. Hindu persecution has become an almost accepted norm in the country. News cycle is filled with stories of abduction, murder, rape of Hindus in the country. Last year in the Sindh province, a young Hindu girl, Ravita Meghwar was forcibly converted and married to a Muslim man.

Another case of a Hindu female child forcefully converted & married off. Disgusting but there will be no action taken as politics comes first for all players.#Islamkot #Tharparker #Sindh pic.twitter.com/nPs7076Uf5

Even the minority Christians are not spared. Not very long ago, the world witnessed the anti-minority hatred that runs through the veins of the mainstream Muslim majority Pakistan population. Recent attacks on the Christian community include an attack on a church in Quetta in December 2017 that killed nine people and injured 57. A suicide attack targeting Christians celebrating Easter at a Lahore playground in March 2016 left 70 dead and more than 340 wounded.

On the other hand, authorities in China’s far western province of Xinjiang are carrying out a massive political re-education campaign that requires Muslim detainees to swear allegiance to the Communist Party and forswearing a Muslim faith that they are told to repeat is “stupid.” This massive campaign treats Islam as a mental disease.

According to the UN and US officials, around a million Muslims are held up right now in Chinese internment camps. Former detainees- mostly Uighurs have stated that they were subjected to an indoctrination process that lasted for several months. During this, they were forced to renounce Islam, criticise Islamic beliefs and sing Communist propaganda songs for several hours. They were also force-fed alcohol and pork- which are forbidden among the Muslims.

Brownback categorically referred to discrimination faced by minorities in China. “Many members of religious groups in China – including ethnic Uighur, Kazakh, and other Muslims, Tibetan Buddhists, Catholics, Protestants, and Falun Gong – face severe persecution and repression, and we call on the Chinese government to end its war on faith and to respect religious freedom for all,” he said.

The representatives of United States, United Kingdom and Canada released personal statements in condemnation to the treatment of religious minorities in two of India’s neighbors. Pakistan and China were the only two countries to not support abolition of Article 370 and expressed concern over the issue. Pakistan also tried to internationalize Kashmir issue and gave a religious angle to it. The condemnation by three countries on its treatment of minorities will show a mirror Pakistan.