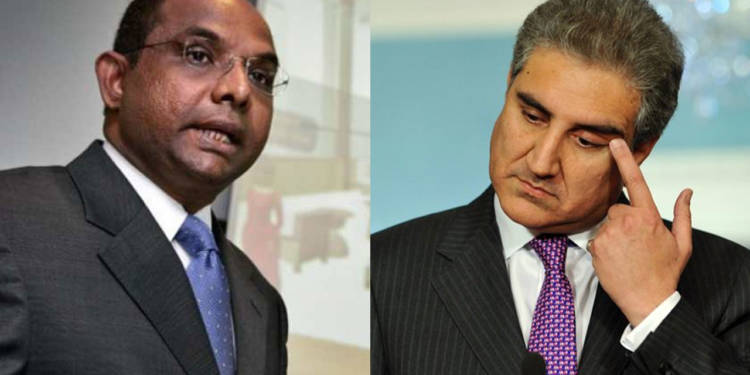 In what can be described as yet another massive diplomatic setback for Pakistan, Maldvies has reportedly stated that abrogation of Article 370 was an “internal matter” of India. Several countries including Sri Lanka, the US and Bangladesh have already taken the position that abrogation of the said provision is India’s internal matter. The crux of Pakistan’s argument over the matter was that Kashmir remains a disputed territory and that India could not have unilaterally revoked the said provision. However, with countries all over the world have refused to pay any heed to the outrageous contention and that has come as a major diplomatic shock for Pakistan.

On Friday, Maldives Foreign Minister Abdulla Shahid, reportedly emphasised that India and Pakistan should resolve their differences amicably through peaceful means, during his telephonic conversation with Pakistan foreign minister, Shah Mahmood Qureshi. Following Qureshi’s call to Shahid, Maldives Foreign Ministry released a statement, which read, “Minister Shahid thanked Minister Qureshi for the telephone call and stated that both Pakistan and India are close friends and bilateral partners of the Maldives and stressed the importance of resolving differences between countries amicably through peaceful means. Minister Shahid also stated that the Maldives viewed the decision taken by India regarding Article 370 of the Indian Constitution as an internal matter.”

This must have left the Pakistani establishment in a state of despair. Maldives Foreign Ministry statement has unambiguously iterated that abrogation of the provision as an “internal matter” of India. Pakistan has therefore failed yet again in its desperate attempts to internationalise the Kashmir issue.

It seems that this was not enough embarrassment for Pakistan, as Qureshi decided to score yet another self goal by claiming, “During my conversation with Maldives foreign minister, there was no mention or talk about this.” Following Pakistan Foreign Minister Qureshi’s statement, the Maldives Foreign Ministry on Saturday retorted by saying, “Ministry of Foreign Affairs’ statement following the telephone conversation is very clear on our position.”

This is not the first time that Pakistan has made factually incorrect statements about the stance of other countries on Kashmir issue. Recently, a statement issued by the Pakistan High Commission in Colombo had claimed that Sri Lanka’s President Sirisena had “offered Sri Lanka’s mediation and facilitation of dialogue between Pakistan and India to re-activate the SAARC forum.” However, the presidential office of Sri Lanka contradicted Pakistan’s claim by stating, “President stated that both India and Pakistan have excellent friendly relations with Sri Lanka and its interest is to see the growth of regional cooperation and friendship.” It had added, “the president did not make any other comment on the issues pertaining to India and Pakistan.”

This only displays the high levels of desperation and frustration within Pakistan. Facing domestic heat after India’s big move on Kashmir, the Imran Khan government must have felt compelled to make attempts of internationalising the issue. However, by making awkward and ugly diplomatic manoeuvres, Pakistan has incurred huge diplomatic costs. With the Foreign Minister of Pakistan speaking egregious lies, Pakistan has lost whatever little credibility it still enjoyed in international relations. Given the volatile nature of the Indo-Pak relations, this is going to create further problems for Pakistan in future, as Pakistan won’t really be left with enough diplomatic options to confront India. Pakistan has already lost its diplomatic battle with India over abrogation of Article 370. With its persistent over activism, Pakistan is only augmenting the margin of its defeat.