Economy, Foreign Policy, Democracy and internal security – everything in Pakistan is in tatters 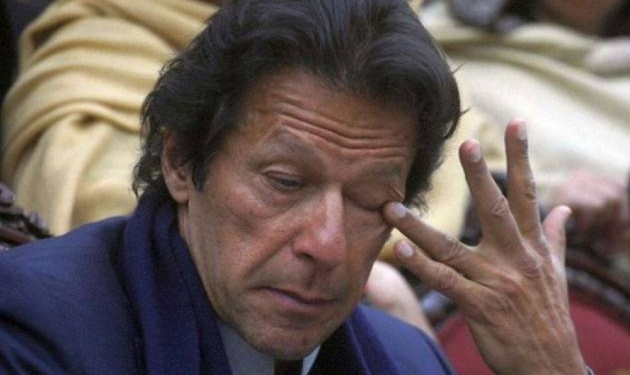 It has been one year since Imran Khan was ‘selected’ for the post of Prime Minister in the month of August. In last one year, the Islamic nation of Pakistan was pushed back to margins on economic front, its global stature has further weakened, the internal security worsened, and democracy has been suppressed.

As per a report by Dawn, most reputed English daily in the Islamic country, Imran Khan government has delivered on only 1 out of 59 promises made in the manifesto.

Pakistan’s economy is facing its worst period. Inflation is in double digits, the Prime Minister is forced to hold meetings on the price of ‘bread and butter’. The $6 Billion IMF package has failed to bring back foreign investors who were optimistic about Pakistan a year ago. Foreign investment is at an all-time low, in fact investors are pulling out of Pakistan based portfolios. The foreign exchange reserve has not registered any substantial increase despite help from friendly countries like China and Saudi Arabia.

The current account deficit and fiscal deficit is at an all-time high, the country is on the verge of default, despite the IMF bailout package and help from friendly nations. Pakistani people are pushed back into poverty due to worsening economic condition. The per capita income in Pakistan has declined in last one year.

The Imran Khan government failed completely on foreign policy front. The relations with India deteriorated in last one year due to Kulbhushan Jadhav case, Pulwama attack and abrogation of Article 370. India scrapped Most Favoured Nation (MFN) status in the backdrop of Pulwama attack while Pakistan suspended all diplomatic ties and trade ties after the abrogation of Article 370. When Imran Khan came to power, he said “If India takes one step towards us, we will take two steps toward them.” But the facts tell us otherwise.

Pakistan’s relations with United States have turned sour in last one year. America bank rolled the public finances of Pakistan in exchange of ‘sovereignty’. But President Trump announced cancellation of $300 Million aid in September 2018. In G7 summit, Trump also made it very clear that ‘mediation’ on Kashmir issue is not on the table.

Imran Khan promised to work to enrich zamhooriyat (democracy) in the country. But the very foundations of his promise were weak because Khan himself was elected with the help of the powerful Military in Pakistan which, as most global overserves state, is the dominant establishment of Pakistan, irrespective of person or party in power. In last one year, Khan has muzzled the opposition in the name of anti-corruption drive. Two former prime ministers of the Islamic nation- Nawaz Sharif and Shahid Khaqan Abbasi were thrown behind the bars while two others Yousuf Raza Gilani and Raja Pervaiz Ashraf are facing corruption charges.

Since Imran Khan came to power, the internal security of the country has worsened. Baloch Nationalism has turned more violent due to excessive use of force by Pakistan Armed Forces to suppress them. Every month Baloch nationalist groups attack civilian or military establishment of the country. The Pashtun Nationalism has turned into a mass movement and this is the biggest internal security problem currently faced by Pakistan.

In last one year, Imran Khan pushed Pakistan down the ladder. His ‘Naya Pakistan’ is poorer, weaker and prone to secession. It will be interesting to see whether he can achieve anything positive in the next four years, if military allows him to complete the term.