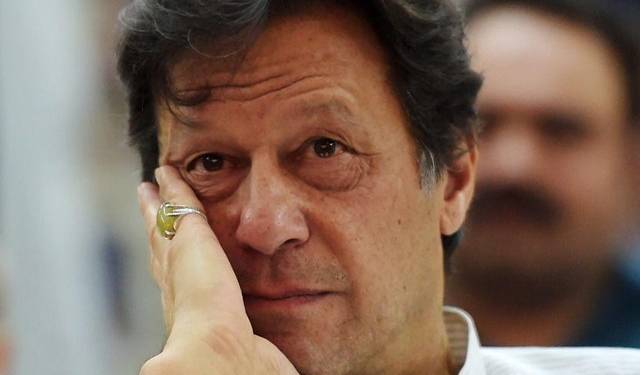 It is not only the international sphere on which Pakistan has failed as far as the Kashmir issue is concerned, even at the domestic level the Pakistan government has failed miserably. Pakistani authorities reportedly made desperate attempts to get school children to join protests in support of Kashmir. It would have been relatively easy to influence impressionable, young minds into joining the protests, but even that failed to gather any momentum.

A day before yesterday, Pakistan PM Imran Khan had made an extensive appeal to Pakistanis asking them to come out on Friday 12 noon -12.30 in order to show solidarity with Kashmir. This tweet was followed by extensive and fake propaganda in order to get people to join the desperate bid initiated by him in order to show support towards Kashmir.

However, Pakistani foulplay has now clearly been exposed with several videos doing the rounds on microblogging platform, Twitter. Gul Bukhari, a Pakistani journalist tweeted, “When ordinary Pakistanis just wanted to go about their normal daily lives instead of standing on streets like morons, the govt force shut roads to show to the world every Pakistani was “standing with Kashmir”. The worst, most destructive, & fraud govt in history of Pakistan.” She also shared a video in which Pakistani authorities can be seen resorting to roadblocks and causing unnecessary inconvience to the ordinary citizens of Pakistan so that they could “stand with Kashmir.”

When ordinary Pakistanis just wanted to go about their normal daily lives instead of standing on streets like morons, the govt force shut roads to show to the world every Pakistani was “standing with Kashmir”. The worst, most destructive, & fraud govt in history of Pakistan. pic.twitter.com/z9cDQg5EtF

In yet another video, a Pakistani military officer could be seen distributing money to ordinary Pakistani citizens. For a change, it was the Pakistan Army paying up the ordinary citizens and not the other way round.

And this is how Pakistan today Bought the crowd of Thousands 🙂

In another video, that is bound to leave Pakistan red faced and embarrassed, Pakistani authorities can be seen blocking roads with ordinary people feeling frustrated and harassed. People seem to be frustrated and asking authorities to let them go during the ‘Kashmir hour’. An agitated man said, “Modi upar se guzar jayega”, in a reference to the Balakot airstrikes which were conducted by the IAF earlier this year bombing the JeM terror training facility located there.

The #KashmirHour has only caused inconvenience to the people of #Pakistan. Common people are frustrated & not at all happy with #ImranKhan's decision.

One agitated man said, "Modi upar se guzar jayega". A reference to the airstrike conducted by #IAF in February this year. pic.twitter.com/OWRf6YYGp3

This propagandist measure was bound to fail since it was an ugly show of xenophobia and jingoism in Pakistan. For Pakistan, nationalism has been reduced to hating India, exporting terrorism into India and especially to Kahsmir. Given the cash strapped situation it is in, it would be better if Imran Khan thinks about how to revive his country and take it out of the beggar tag that is being increasingly associated with his country instead of interfering in India’s internal matters. Kashmir is heading towards prosperity and development and as such the people of Kashmir need neither the Pakistan government nor the Pakistani citizenry to stand with them. Kashmir is doing fine and now Khan must stop poking his nose in India’s internal affairs.

A Sikh Granthi’s daughter converted and married on gun point in Pakistan, that too in Guru Nanak’s birthplace