Every Indian must stand with Tibet and Tibetans 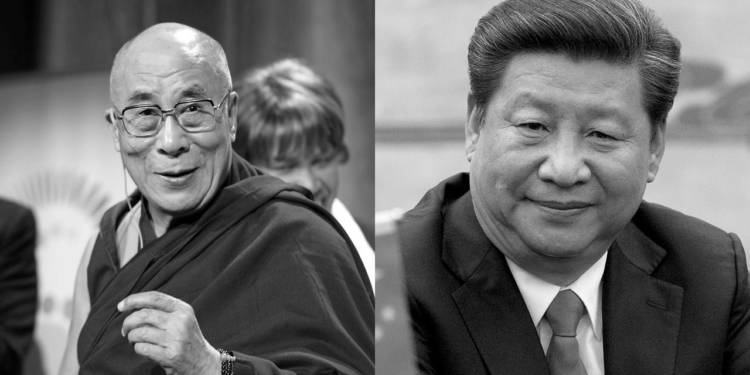 Tibet, often called ‘roof of the world’ sandwiched two of the greatest civilizations of the world- Indian and Chinese is the origination of some of the largest water bodies of Indian subcontinent including Indus and Brahmaputra originate from the Tibetan plateau; it is home to 10 major systems including Indus, Sutlej, Brahmaputra, Irrawady, Salween and Mekong. The Tibet region provides lifeline to most densely populated regions of the world- South Asia, Southeast Asia, and East Asia. 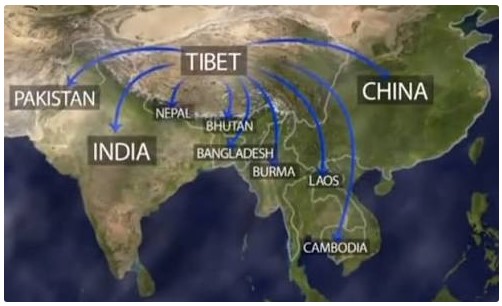 For most of the human history, almost half of the global human population resided in the areas for which Tibet provided the most important source that sustains life- water. The thousands of years of ‘continuity’ of the Indian and Chinese civilization owes to Tibet. India and China accounted for almost half of human species for majority of the period of global history and this population lived on farming. The water and silt (helps in making soil fertile) for farming came from Tibetan plateau. The Indo-Gangetic plain is most fertile region in the world and Tibetan mountains have a major role to play in this.

Tibet also played the role of buffer state between India and China. In more than 5,000 years of existence, the empires in India and China never fought with each. The tough mountain terrains made a direct military confrontation almost impossible for both the countries. Both civilizations influenced each other through trade of culture, goods, and services.

For most of its history, Tibet was an independent political entity, although influenced by both Indian and Chinese civilizations. In fact, for a brief period from 600 to 800 BC, Tibetan empire covered major areas of mainland China. Lhasa was the liberator of the Qing dynasty after the Xinhai Revolution (1911-12) which ended the Imperial era in China. It remained an independent entity when Nationalist Chinese and Communist Chinese battled each other.

After Mao won, the People’s Republic of China invaded Tibet in 1950. At that time India led by Nehru remained silent on Chinese invasion of Tibet. Sardar Patel however read the writing on the mountains and mentioned that if China becomes an immediate neighbour, it won’t care about McMohan line or any other border agreements between British India and Tibet. Given the strategic importance of Tibet, ideally India should have helped Tibet in war for Independence as it would have kept China at arm’s length from China. But China invaded Tibet and signed Seventeen point agreement with 14th Dalai Lama to incorporate the region in People’s Republic of China.

However, the people of Tibet and 14th Dalai Lama never accepted the suzerainty  of the Chinese and saw them as ‘outsiders’ and ‘invading’ forces. In March 1959, Dalai Lama, the spiritual and political head of Tibetan people sought sanctuary in Dharmsala, Himachal Pradesh and established the ‘Tibetan Government in Exile’, a move that deeply infuriated China.

Tibet is sparsely populated region due to its geographical features. As of today, there are 65 lakh Tibetan people around the world out of which 63 lakh live in China, 1.2 lakh in India and the rest in many other countries around the world. During the Great Leap Forward (A Cultural Revolution program by Mao Zedong from 1958 to 1962 in which more than 5 crore people were killed), the Communist government in China killed more than 10 lakh Tibetans and destroyed 6,000 Buddhist monasteries.

Since 1960s, the Chinese government has made great efforts to change the ethnic composition of the region habitated by Tibetan people. Millions of Han Chinese were sent to live, marry and establish family with ethnic Tibetans. This demographic takeover was done in the name of integration of Tibet in mainland China.

A major protest broke out between in Tibet Autonomous region and Xinhua region against the oppression of Chinese government on March, 14 2008. The Chinese government killed a total of 203 people to control the protest and people across the world criticized the act of China. Tibetan flags were unfurled in front of Chinese embassies and now 14th March is observed as the Tibetan uprising day. Since then many self immolation protests took place in Tibet.

Gendhun Choekyi Nyima, identified as the successor of 14th Dalai Lama disappeared from public in 1995 when he was 6 years old. The Chinese government says that he is under state protection but has refused to provide any proof.

Now the hopes of Tibet’s independence rest with Dr. Lobsang Sangay who has been appointed as political successor of 14th Dalai Lama by the Tibetan government in exile. Sangay, a fullbright scholar and graduate of Harvard University is the last hope of Tibetan independence from the oppressive regime of China.