China is using only clean energy at home, but for the world they have truckloads of coal to burn 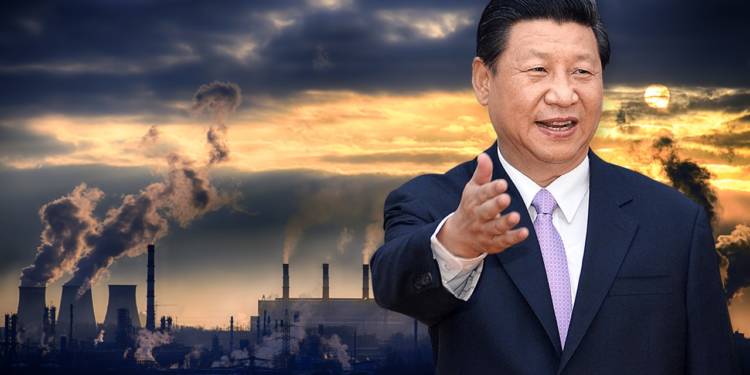 The Belt and Road Initiative (BRI), an ambitious project of China has received much of media and intellectual attention as compared to any other major project in the 2010s. It is perhaps the most discussed infrastructure project after the American Marshall Plan.

However, one aspect of BRI which is quite apolitical and receives fewer eyeballs is its impact on climate change. As per a report by Tsinghua University- a major Research University in Beijing, the 12 trillion dollar project which promises to help 60 per cent of humanity in their infrastructure need could increase the global warming by 3 degree Celsius.

Most of the BRI projects like roads, railways, ports, power stations, and telecommunication links are powered by coal- the biggest contributor to global carbon emission. China has huge deposits of coal, steel, and cement. The country aims to invest this overcapacity in foreign countries while cleaning up the environment through the use of clean energy at home. China could tell the domestic coal companies to wrap up, given the fact that 12 million Chinese jobs depend on the coal industry. Therefore, the dragon is creating a foreign market for its coal industry through BRI.

The dragon is the largest investor in coal-based projects in the world; the Chinese banks invested 225 billion dollars around the world in energy projects between 2000 and 2017, approximately 75 per cent of this is in fossil fuels (oil, coal, and gas).

As of 2015, 126 countries which have undertaken BRI projects accounted for 28 per cent of global carbon emission. Furthermore, as per estimates, these countries will account for more than 66 per cent of emissions by 2050- when most of the BRI projects will be completed.

The projects under BRI could be a major blockade for the countries around the world to meet the goals of Paris climate change. According to research by Tsinghua University, “The BRI growth dynamic is so large that if you get the carbon (emissions) wrong in a way it doesn’t matter anymore what anyone else does.”

As per an article in The National Interest- the premier American magazine on Foreign Policy, by Sagatom Saha, “China has long been the world’s largest exporter of coal power equipment, exporting twice as much as its nearest competitor. At the same time as the first forum, Chinese companies were building an estimated 140 coal plants abroad, including in countries like Egypt and Pakistan that previously burned little to no coal. At the current rate, Chinese coal plant developers will drive energy investments that make it impossible to limit global warming to safe levels. If Chinese development banks continue their current practices, then pollution will inevitably worsen around the world.”

In last few decades, the carbon emission in China has been one of the highest around the world, and the domestic climate worsened. The major Chinese cities like Beijing and Shanghai are among most polluted cities in the world, these cities face weeks of shutdown in winters due smog. Now, the dragon plans to clean its house, but they need new markets to keep the economy going. And for this BRI was unveiled in 2013, a few months after Chinese president Xi Jinping took over from his predecessor, Hu Jintao. BRI is considered a major part of Xi Jinping’s domestic agenda and foreign policy.

BRI is not only Chinese attempt to create global market for its overcapacity in coal, steel, and Cement but hidden agenda behind this ambitious plan is to lay the groundwork for a Sino centric global order. China wants to economically colonize the poor countries in Central, South and Southeast Asia through this ambitious project. This project could be compared to Marshall Plan which United States announced for infrastructure building in post-World War II Europe. The unstated goal of Marshall Plan was to stop countries in Europe from joining the Soviet Union and pressure them to join NATO by building ports, pipelines, roads, and railways for them. Similarly, China, by building ports, economic zones, railways for poor countries like Pakistan wants to bring them under its hegemony.